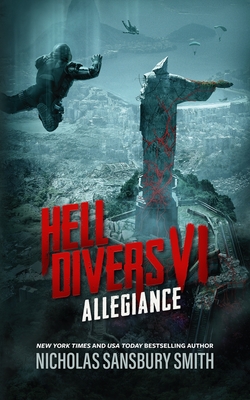 This is book number 6 in the Hell Divers series.

The war for the Metal Islands is over, but the search for survivors has just begun.

After a long and bloody battle, legendary Hell Diver Xavier Rodriguez reigns as the dutiful but reluctant new king of the islands. Advised by a council of former sky citizens as well as Cazadores, he works to assimilate the two societies peacefully. But not all Cazadores have accepted the new order.

While X tries to ease tensions at home, a rookie team of divers, led by Michael Everhart, returns to the skies in Discovery, formerly the ITC Deliverance. Their mission: to locate other human survivors throughout the world and rescue them. But Michael's team aren't the only ones searching for survivors. A gruesome discovery reveals that android defectors continue to hunt humans across the globe. And they may not be the only ones.

In a race against time, the Hell Divers may be the only obstacle to enemies bent on wiping out the final pockets of survivors and extinguishing the human genome forever.