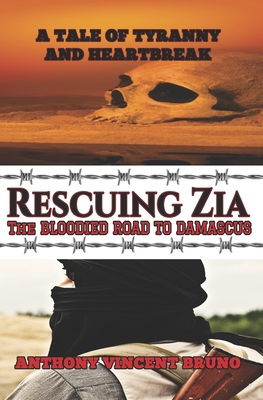 A rogue ISIS warlord kidnaps the aid-worker granddaughter of Zia Cooney, a woman who survived the hell of Auschwitz.
Max Cooney, the father, has now witnessed personal tragedy spanning three generations and his thoughts turn to suicide. On the very day that he decides to give up on his tenacious pursuit of his daughter, who is being held somewhere in the Syrian desert, his doorbell rings. Yuri Sherman, a notorious arms dealer and a friend of Max Cooney, offers to find his daughter. Previous rescue attempts by Max had resulted in tragedy, in particular, the horrific cage burning of a group of British mercenaries. What makes Yuri Sherman's offer different is his use of a unit he calls his "Devil Dogs" - a bunch of notorious killers his contacts had recruited via the dark web. As the Devil Dogs set off from Iraqi soil, they meet with an unforeseen disaster, long before they set eyes on a single ISIS warrior. Internal strife in the form of centuries old racism also threatens to bring the mission to an end. When all seems lost, the most unlikeliest of allies offers his help, proving to some that not all believers in sharia law are jihadists. An explosive finale uncovers an ISIS trait that not all Westerners would believe. Money, rather than religion, can deliver vulnerable people a more suitable cause; a more suitable war.