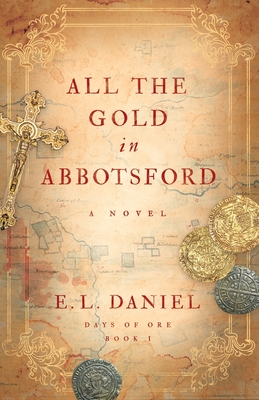 A tyrannical and impulsive king has caused unrest across the country. His foolish mistakes have deprived Stephen Warde, captain of the garrison, of the only family he ever had-his father. Now, a dozen years later, Stephen returns from war to the little town of Abbotsford to find that corruption has seeped far beyond the crown and into the very heart of his home. The local abbey is in ruins, town officials are stealing from the beloved citizens, someone is circulating false gold around the town, and the country is on the brink of civil war. Refusing to stand for any more injustice, Stephen partners with the local abbot to form a plan that will end the corruption and offer aid to the rebel forces who plan to invade the country and overthrow the king. But Stephen also fosters a third objective that transcends all the rest: winning the love and loyalty of his wife, Elena, who despises him. But God has a way of playing cruel tricks on the hearts of men, and it just so happens that Elena's brother is the very worst of those corrupt officials whom Stephen has vowed to bring down. As theft and murder come to a head, so, too, does an imperfect love story of this guarded man with a complicated past and his headstrong wife who's already sacrificed too much. Will Stephen bring peace back to Abbotsford, and earn Elena's love and trust? Or will fate intervene, forcing them both to make a choice?