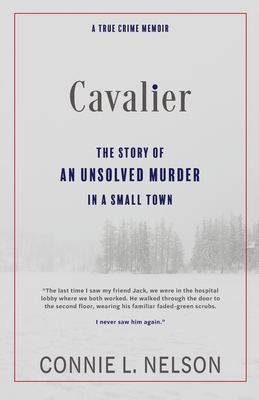 "The last time I saw my friend Jack, we were in the lobby of the hospital where we both worked. He was wearing his familiar faded green scrubs and a lab jacket. He went through the door to the second floor. I never saw him again. Jack was murdered in his home later that night."

This book presents the author's personal struggles with the unsolved murder of her friend, and her efforts to make sense of it. The author explores her recollections, experiences and memories utilizing newspaper reports, investigation notes, and the artifacts and interpersonal communications she had saved for thirty-five years.

So many things have changed since 1986, with one constant: no one has ever been charged or convicted of this murder. The investigation remains open and inactive after all these years.

Whether you live in a large city or a small community like Cavalier, the people who are left behind want to know what happened. Is the murderer still living among us? This true crime memoir has been written for those who are left behind and seek closure. The author also writes for two additional audiences: the fans of true-crime stories and the law enforcement officials who are willing to learn how to deal more effectively and respectfully with the victim's friends and families.

Sadly, Jack's case is one of more than 250,000 unsolved homicides cases in the US today. As time passes, the chances of finding the murderer are reduced. But living with an investigation that goes cold is hard to take when it's your friend or family member who's been murdered.