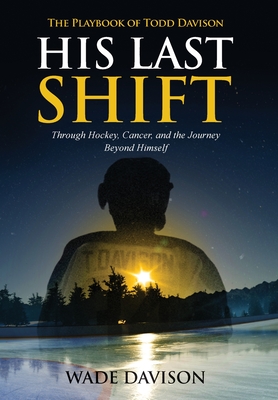 In the early 2000s, sixteen-year-old Todd Davison and his older brother Wade were living the Canadian hockey dream - playing together in the Western Hockey League, a stepping-stone for many future NHL stars. Todd seemed destined to be one of them; with his incredible speed, skill, and indomitable spirit, he had already defied all odds to become the smallest player in the league.

But after facing off against Sidney Crosby at the Canada Winter Games in 2003, that dream became a nightmare when Todd's mysterious shoulder pain led to a devastating cancer diagnosis. Within one year he went from flying around the ice with the world's best players to needing help to cross the stage at his high school graduation. He went from fighting to become a professional hockey player to fighting for his life.

His Last Shift - The Playbook of Todd Davison recounts the transformative journey of an incredible young man as he comes to terms with his death long before his time. It is filled with stories of his greatness and glory on the ice and the moments of agony and despair as he goes through painful, unsuccessful treatments. It is during his lowest points, however, that Todd rallies stronger than ever. From his unbelievable junior hockey comeback and creation of the Believe in the Goal foundation - to coaching his last game with a broken back, Todd found a way to live an empowered life in the face of chaos and fear.

Told by his brother and teammate, Wade, this book also delves into Todd's spiritual path as he searches for life's meaning and what happens when we leave this world. Ultimately, his story is a testament to the strength of the human spirit and the power of love to transcend everything, even physical death.