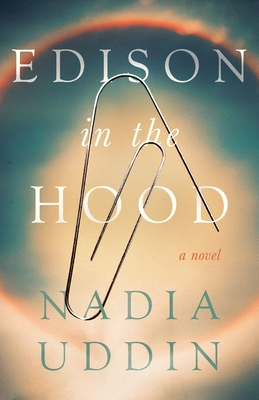 When Aisha Malik's mother died, she took a secret with her-one that destroyed her relationship with Aisha's brother, Sam. But what if Aisha could revive her mother's brain just long enough to reenact their last conversation and discover the truth?

﻿﻿﻿Aisha is an ambitious PR executive with a forte for making complex and controversial topics accessible to the masses. Her brother, Sam, is a despondent genius who loves to fight everyone and everything in the name of justice, hopping from one political fight to another and hiding a mental illness that causes him shame. When the opportunity arises for Aisha to work with brilliant scientist and leading futurist Jay Edison at his Brain Reinvigoration Project, she begins obsessing over artificial intelligence and its potential to revive her mother's brain. She begs Sam to participate, unaware that he has begun working with groups that have very different visions for the future of artificial intelligence. The siblings set out to define the role that technology should play in society, asking themselves, "Artificial intelligence may solve the world's biggest problems, but can it fix our most challenging relationships?"

Edison in the Hood is a stunning and provocative debut that explores what it truly means to be human and possess free will in a culture gripped by automation. As Aisha and Sam grieve their mother's passing, they delve into the complex morals of scientific advancement, revealing how technology plays a part in relationships-with both the living and the dead.