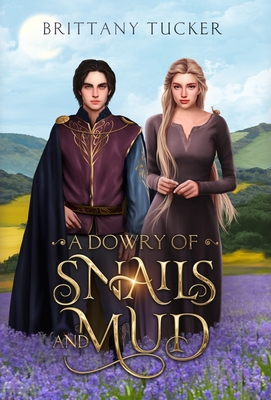 Now she's stuck with both when her desperate father agrees to marry her to the oh-so-dainty Prince of Wales in an attempt at royal tax negotiations. As a farmer, Rhia prefers toiling in the earth over romance. Life in a fiefdom requires muscle, and what good is a man who can't outlift her or bring a belligerent steer to the ground?

But now, the pressure has fallen onto her to whoo (or intimidate) her new, royal husband into erasing her village's debt before the king's final deadline comes due. Problem is, the prince has been given the same task-to sway his new wife, the mayor's daughter, into forking over the gold and finally earning his father's approval.

For Rhia, losing their new, delicate game would mean turning over the only life and home she's ever known to the king. Winning, though, could mean giving up the fragile prince she's tried so hard, and failed, not to love.