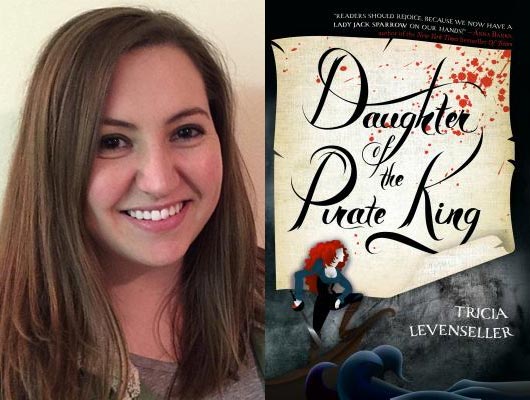 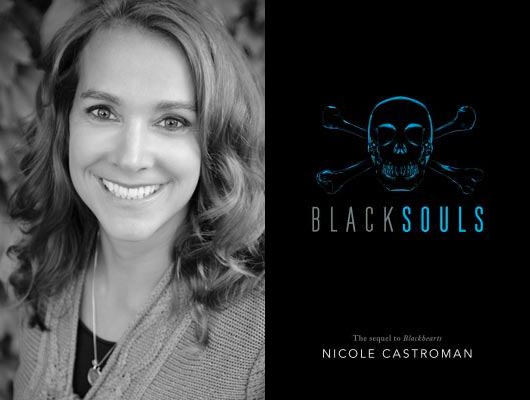 About Daughter of the Pirate King:
Sent on a mission to retrieve an ancient hidden map―the key to a legendary treasure trove―seventeen-year-old pirate captain Alosa deliberately allows herself to be captured by her enemies, giving her the perfect opportunity to search their ship.

More than a match for the ruthless pirate crew, Alosa has only one thing standing between her and the map: her captor, the unexpectedly clever and unfairly attractive first mate Riden. But not to worry, for Alosa has a few tricks up her sleeve, and no lone pirate can stop the Daughter of the Pirate King.

In Daughter of the Pirate King, debut author Tricia Levenseller blends action, adventure, romance, and a little bit of magic into a thrilling YA pirate tale.

About Blacksouls:
Nicole Castroman brings the dangerous pirate ports of the Caribbean to life in this vibrant sequel to Blackhearts—the re-imagined origin story of history's most infamous pirate, Blackbeard.

Edward "Teach" Drummond is setting sail to the Caribbean as first mate on the most celebrated merchant ship in the British fleet—until he rebels against his captain. Mutiny is a capital offense and Teach knows it could cost him his life, but he believes it worth the risk in order to save his crew from the attacking Spanish ships.

Sailing on the same blue waters, Anne barely avoids the Spanish attack, making it safely to Nassau. But lawless criminals, corrupt politics, and dangerous intentions fill the crowded streets of this Caribbean port. Soon, Anne discovers that the man entrusted to keep the peace is quite possibly the most treacherous of them all—and he just happens to hold Teach's fate in his terrifying hands.

Life and death hang in the balance when Teach and Anne are given a dangerous mission. It's a mission that will test their love, loyalty, and devotion, forcing them down a path neither one could have ever imagined.

ABOUT THE AUTHORS
TRICIA LEVENSELLER is from a small town in Oregon, and she now lives in Utah with her bossy dog, Rosy. She received her degree in English Language and editing, and she is thrilled that she never has to read another textbook again. When she's not writing or reading, Tricia enjoys putting together jigsaw puzzles, playing volleyball, and watching her favorite TV shows while eating extra-buttered popcorn.

NICOLE CASTROMAN received her BA from Brigham Young University and has lived in Germany, Austria, and two different places called Georgia. One is the country near the Black Sea; the other is the state of Georgia where she currently lives with her husband and children. Blackhearts was her first novel.

Daughter of the Pirate King (Hardcover)