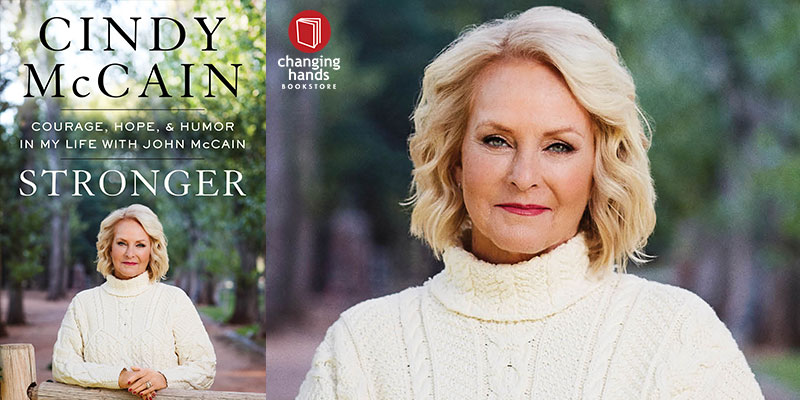 To attend this virtual event, the purchase of Stronger is required via Eventbrite below. Thank you! 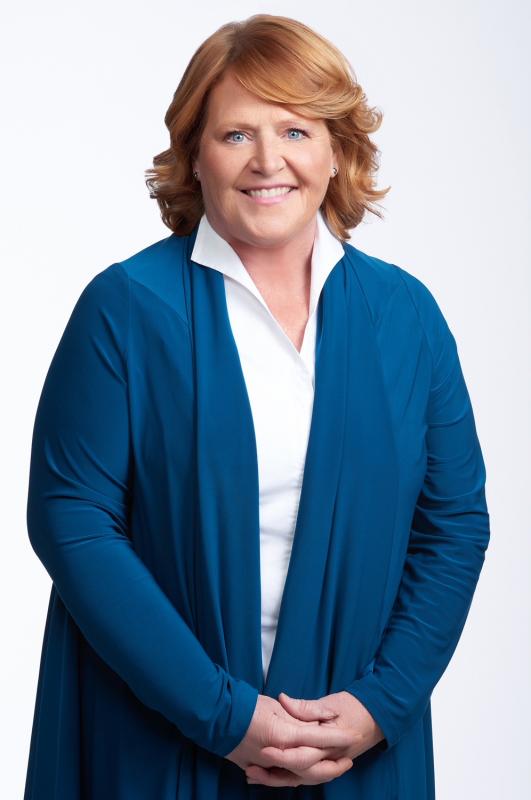 ABOUT THE BOOK
The widow of Senator John McCain opens up about her beloved husband, their thirty-eight-year marriage, and the trials and triumphs of a singular American life.

My husband, John McCain, never viewed himself as larger than life—but he was. He had more tenacity and resolve than anybody I ever met. Being with him didn’t hold me back—it gave me flight, a courage I never would have felt on my own.

Cindy Hensley was just out of college when she met and fell in love with the celebrated Navy hero John McCain. They embarked on a thrilling life together that put her at the center of American politics for over four decades. In this moving and inspiring memoir, Cindy McCain tells the story of her adventurous life with John for the first time.

Raising their four children in Arizona while John flourished as a six-term senator in Washington, D.C., Cindy brought her own flair to the role of political wife. She eagerly supported John’s career even as she tried hard to stay out of the spotlight and maintain her own health and well-being. She is honest in revealing her own successes and missteps, discussing how she dealt with political attacks targeting her children, her battle with opioid addiction, and the wild whirl of campaigning for president.

As they built their life together, Cindy and John continued the multi-generation McCain tradition of service to country. With both immense pride and deep worry, she sent two sons off to active duty in the military. She describes her own brave efforts bringing medical support to countries in crisis and empowering women in Africa and around the world. And she reveals her feelings about the tumultuous effects of the Trump presidency on the military.

Most important, this book shares how John’s humor and strength helped Cindy grow into the confident woman she is now. More than a political story, Stronger is the unforgettable journey of one woman who believes in family, honor, and country—and is willing to stand up for all of them.

ABOUT THE AUTHOR
Cindy McCain is the chairman of the board of the McCain Institute for International Leadership. Married to Senator John McCain for nearly four decades, Cindy became well known for her support of military families and for her speech at the 2008 Republican National Convention that nominated John as the party’s presidential candidate. She is chairman of her family business, Hensley Beverage Company, and her extensive philanthropic and humanitarian work has won her many awards. Cindy and John raised four children together: Meghan, Jack, Jimmy, and Bridget. Cindy now travels extensively to raise awareness of human trafficking around the world, but her home base remains in Phoenix, Arizona.

During her six years in the U.S. Senate, Heitkamp quickly became a proven leader who worked across the aisle to fight for North Dakotans. She personally showed that if senators work together, it can lead to real solutions.  Throughout her time in the Senate, Heidi prioritized improving the lives of Indigenous people and working families, stopping human trafficking; guaranteeing affordable health care; addressing childhood trauma; eliminating unnecessary regulation; and securing an energy policy that keeps cost low but achieves climate goals.  Providing equal economic opportunity to Rural America continues to be her lifelong pursuit.

Heitkamp previously served as North Dakota’s Attorney General, and elected state Tax Commissioner. She serves on numerous boards including The McCain Institute, The Howard Buffett Foundation, Renew Democracy Initiative and The German Marshall Fund. She is the founder and Chair of the One Country Project, an organization focused on addressing the needs and concerns of rural America. She serves as a contributor to both CNBC and ABC News.