Enter our weekly Instagram giveaway. New books every Tuesday, a new winner every Friday!
CHANGING HANDS BOOK CLUB
Long and Short of It: The Gone Dead and The Man Who Shot My Eye Out is Dead, both by Chanelle Benz
7PM TUESDAY, AUGUST 20
LOCATION: PHOENIX 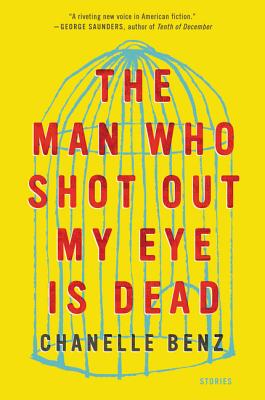 Long and Short of It Book Club is a new bimonthly club that explores one book and one story collection connected by a theme.


Stop by Changing Hands Phoenix or Tempe (or order online by clicking "add to cart" below) to get your copies of The Gone Dead for 20% OFF and The Man Who Shot My Eye Out is Dead for 10% OFF.

Then meet us at First Draft Book Bar to discuss the pick.

FREE PARKING / LIGHT RAIL
ABOUT THE BOOKS
About The Gone Dead:
Billie James' inheritance isn't much: a little money and a shack in the Mississippi Delta. The house once belonged to her father, a renowned black poet who died unexpectedly when Billie was four years old. Though Billie was there when the accident happened, she has no memory of that day—and she hasn't been back to the South since.

Thirty years later, Billie returns but her father's home is unnervingly secluded: her only neighbors are the McGees, the family whose history has been entangled with hers since the days of slavery. As Billie encounters the locals, she hears a strange rumor: that she herself went missing on the day her father died. As the mystery intensifies, she finds out that this forgotten piece of her past could put her in danger.

Inventive, gritty, and openhearted, The Gone Dead is an astonishing debut novel about race, justice, and memory that lays bare the long-concealed wounds of a family and a country.


About The Man Who Shot Out My Eye Is Dead:
A brother and sister turn outlaw in a wild and brutal landscape. The daughter of a diplomat disappears and resurfaces across the world as a deadly woman of many names. A young Philadelphia boy struggles with the contradictions of privilege, violence, and the sway of an incarcerated father. A monk in sixteenth century England suffers the dissolution of his monastery and the loss of all that he held sacred.

The characters in The Man Who Shot Out My Eye Is Dead, Benz's wildly imaginative debut, are as varied as any in recent literature, but they share a thirst for adventure which sends them rushing full-tilt toward the moral crossroads, becoming victims and perpetrators along the way. Riveting, visceral, and heartbreaking, Benz’s stories of identity, abandonment, and fierce love come together in a daring, arresting vision.

The Gone Dead: A Novel (Hardcover)

The Man Who Shot Out My Eye Is Dead: Stories (Paperback)