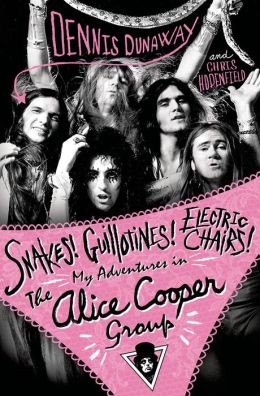 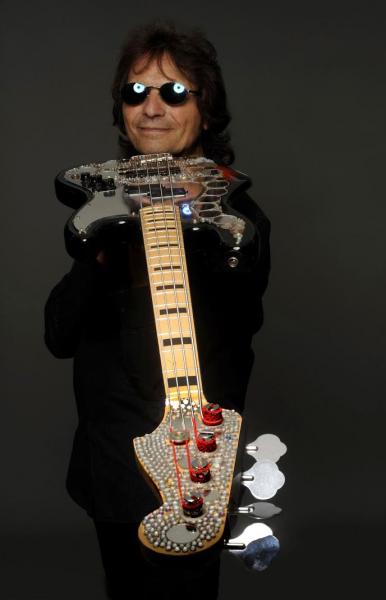 Online orders for this event have been switched off. To reserve your copy, please call the store at 602-274-0067.

The bassist, co-founder, and songwriter for the original Alice Cooper group shares behind-the-scenes stories of the band's rise to infamy in the 1960s and early '70s. Megadeth bassist David Ellefson, author of My Life with Deth, hosts.

SanTan Brewery's Dave Clark will be explaining why Devil's Ale is the perfect accompaniment to Dunaway's wild new book.

As the Rock & Roll Hall of Fame says: "Before the world heard of KISS, the New York Dolls, Marilyn Manson or Ozzy Osbourne, there was Alice Cooper, the original shock-rock band." When Alice Cooper became the stuff of legend in the early '70s, their shows were monuments of fun and invention. Riding on a string of hits like "I'm 18" and "School's Out," they became America's highest-grossing act, producing four platinum albums and hitting number one on the U.S. and U.K. charts with "Billion Dollar Babies" in 1973. Their utterly original performance style and look, known as Shock Rock, was swiftly copied by countless bands.

Dennis Dunaway, the bassist and co-songwriter for the band, tells a story just as over-the-top crazy as their (in)famous shows. As teenagers in Phoenix, Dennis Dunaway and lead singer Vince Furnier, who would later change his name to Alice Cooper, formed a hard-knuckles band that played prisons, cowboy bars and teen clubs. Their journey took them from Hollywood to the ferocious Detroit music scene, along the way adding new dimensions of rock theater. From struggling for recognition to topping the charts, the Alice Cooper group was entertaining, outrageous, and one-of-a-kind. Snakes! Guillotines! Electric Chairs! is the riveting account of the band's creation in the '60s, strange glory in the '70s, and the legendary characters they met along the way.

PURCHASE TICKETS
Click "add to cart" below to order your book and ticket. We'll send an email confirmation with more details. You can also purchase tickets in-store at either Changing Hands location.

EVENT DETAILS
ABOUT THE AUTHOR
DENNIS DUNAWAY was the bass player, lead songwriter, and theatrical conceptionalist of Alice Cooper and was inducted in the Rock and Roll Hall of Fame in 2011. Their hit single "School's Out" was inducted into the Grammy Hall of Fame in 2015. Dennis continues writing songs, recording and playing live concerts with Blue Coupe. Dennis lives with his wife Cindy in Connecticut. They have two daughters, Renee and Chelsea.