Mean Menu style requires jQuery library version 1.7 or higher, but you have opted to provide your own library. Please ensure you have the proper version of jQuery included. (note: this is not an error)
TEEN EVENT
Cassandra Clare: Chain Of Thorns
6PM SATURDAY, FEBRUARY 4 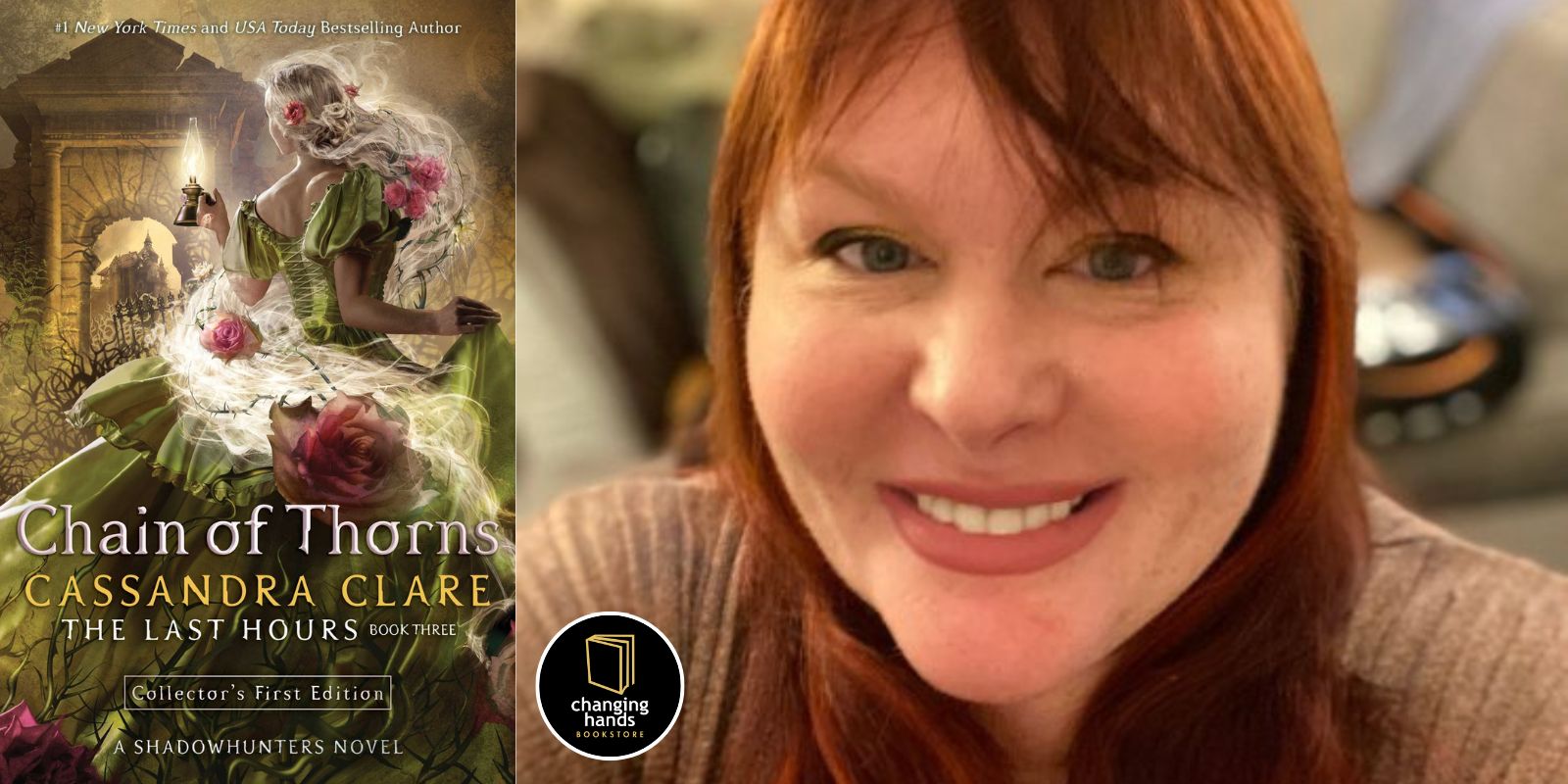 
REGISTRATION REQUIRED. Each ticket includes one (1) general admission seat and one (1) copy of Chain of Thorns. These books will be presigned and distributed to attendees on entry. See additional details below.


ABOUT THE LIVE EVENT

James and Cordelia must save London—and their marriage—in this thrilling and highly anticipated conclusion to the Last Hours series from the #1 New York Times and USA TODAY bestselling author Cassandra Clare. Chain of Thorns is a Shadowhunters novel.

Cordelia Carstairs has lost everything that matters to her. In only a few short weeks, she has seen her father murdered, her plans to become parabatai with her best friend, Lucie, destroyed, and her marriage to James Herondale crumble before her eyes. Even worse, she is now bound to an ancient demon, Lilith, stripping her of her power as a Shadowhunter.

After fleeing to Paris with Matthew Fairchild, Cordelia hopes to forget her sorrows in the city’s glittering nightlife. But reality intrudes when shocking news comes from home: Tatiana Blackthorn has escaped the Adamant Citadel, and London is under new threat by the Prince of Hell, Belial.

Cordelia returns to a London riven by chaos and dissent. The long-kept secret that Belial is James and Lucie’s grandfather has been revealed by an unexpected enemy, and the Herondales find themselves under suspicion of dealings with demons. Cordelia longs to protect James but is torn between a love for James she has long believed hopeless, and the possibility of a new life with Matthew. Nor can her friends help—ripped apart by their own secrets, they seem destined to face what is coming alone.

For time is short, and Belial’s plan is about to crash into the Shadowhunters of London like a deadly wave, one that will separate Cordelia, Lucie, and the Merry Thieves from help of any kind. Left alone in a shadowy London, they must face Belial’s deadly army. If Cordelia and her friends are going to save their city—and their families—they will have to muster their courage, swallow their pride, and trust one another again. For if they fail, they may lose everything—even their souls.