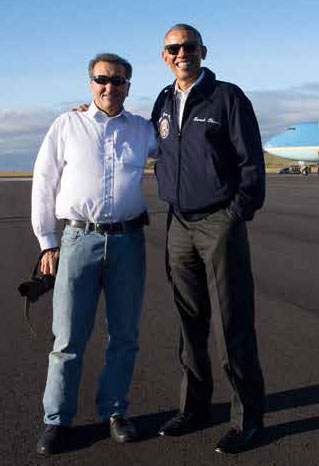 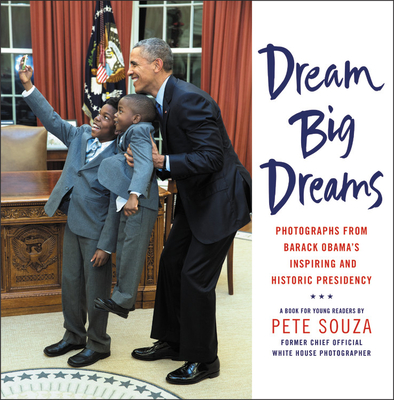 Changing Hands is proud to present Pete Souza with Obama: An Intimate Portrait, his visual biography of Barack Obama's historic presidency, presented in an oversize, 12"x10" exquisitely produced format, and featuring a foreword from the President himself.


GET YOUR BOOK, TICKET, AND FREE COMMEMORATIVE BOOKMARK
Click "add to cart" at the bottom of the page. We'll send you an email confirmation, plus a second email with more details (usually within 24 hours).


ABOUT THE BOOK
Pete Souza served as Chief Official White House Photographer for President Obama's full two terms. He was with the President during more crucial moments than anyone else--and he photographed them all. Souza took nearly two million photographs of President Obama, capturing moments both highly classified and disarmingly candid.

Obama: An Intimate Portrait reproduces Souza's most iconic photographs in exquisite detail, more than three hundred in all. Some have never been published. These photographs document the most consequential hours of the Presidency--including the historic image of President Obama and his advisors in the Situation Room during the bin Laden mission--alongside unguarded moments with the President's family, his encounters with children, interactions with world leaders and cultural figures, and more.

Souza's photographs, with the behind-the-scenes captions and stories that accompany them, communicate the pace and power of our nation's highest office. They also reveal the spirit of the extraordinary man who became our President. We see President Obama lead our nation through monumental challenges, comfort us in calamity and loss, share in hard-won victories, and set a singular example to "be kind and be useful," as he would instruct his daughters.

The result is a portrait of exceptional intimacy and a stunning record of a landmark era in American history.

ABOUT THE AUTHOR
PETE SOUZA was the Chief Official White House Photographer for President Obama and the Director of the White House Photo Office. Previously Souza was an Assistant Professor of Photojournalism at Ohio University, the national photographer for the Chicago Tribune, a freelancer for National Geographic, and an Official White House Photographer for President Reagan. His books include the New York Times bestseller The Rise of Barack Obama, which documents the president's meteoric ascent from his first day in the United States Senate through the 2008 Pennsylvania presidential primary. Souza is currently a freelance photographer based in Washington, D.C. and is a Professor Emeritus at Ohio University's School of Visual Communication.
My Account • Sign In • Sign Out • Register
NEW & USED BOOKS
AUTHOR EVENTS • GIFTS Tempe
6428 South McClintock Drive
480.730.0205 [Google Map]
10am-7pm daily
Phoenix
300 West Camelback Road
602.274.0067 [Google Map]
10am-7pm daily