Mean Menu style requires jQuery library version 1.7 or higher, but you have opted to provide your own library. Please ensure you have the proper version of jQuery included. (note: this is not an error)
THIS EVENT HAS BEEN POSTPONED
AUTHOR EVENT 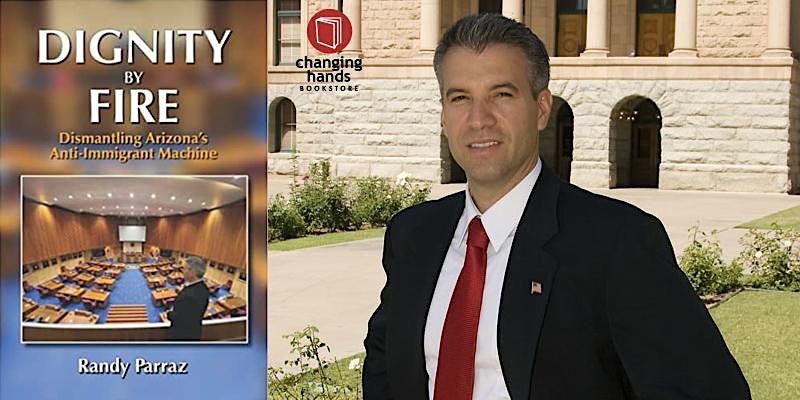 When Arizona passed the nation's most draconian anti-immigrant law in 2010, SB 1070, every effort to stop or reverse this law failed. Randy Parraz, the main organizer of the Pearce recall, provides a behind the scenes perspective of how ordinary citizens can organize and win when others thought it impossible. So how did a small number of Arizonans, led by a progressive Democrat and a Republican Mormon, band together to take down one of the most powerful and extreme politicians responsible for pushing Arizona’s anti-immigrant agenda?

ABOUT THE AUTHOR
Randy Parraz is an organizer, social entrepreneur, author, founder of various social justice organizations and currently co-founder and President of the Organizing Institute for Democracy. Randy has spent the past 26 years engaged in the work of building power and moving people into action. Randy’s introduction to social justice began when he observed his father, Deputy Sheriff John Parraz, organize the Latino Peace Officers Association in the 1970s to combat discrimination in the recruitment, hiring and retention of Latino officers.  Randy’s understanding of organizing and framework for building power has been heavily influenced by Ernie Cortes of the Industrial Areas Foundation and Marshall Ganz, a former UFW organizer who worked closely with Cesar Chavez for 16 years.  Randy took courses on organizing from both Cortes and Ganz while pursuing his Master’s in Public Administration at Harvard’s Kennedy School of Government.  It was during this time Randy stopped pursuing his life-long goal of being a lawyer and embraced his true calling of becoming an organizer.