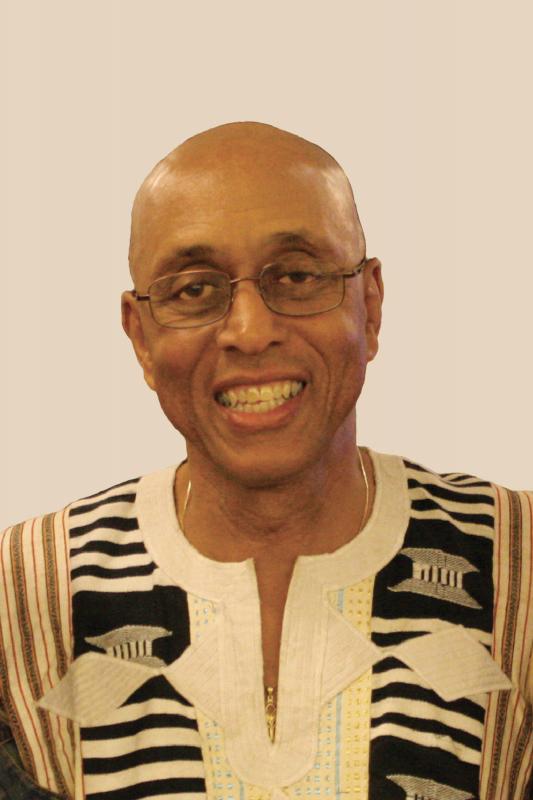 The local author and life coach presents his memoir, tracing a period during which then PFC George Daniels (now Ahmad) experienced deep conflict between his military duty as a Marine and his budding knowledge of what it is to be black in America.

From the author:
George (now Ahmad) led an idyllic life in Queens, New York. He ran track for Andrew Jackson High School and had an active social life. His high school, like his neighborhood, was racially mixed resulting in his knowing nothing of racial discrimination. His next to oldest sibling had been in the Marine Corps from 1959-1963 and told of great times spent in Japan, Okinawa, Cuba, etc. "These fantastic tales, coupled with years of John Wayne and Audie Murphy war movies, led me to believe the Marine Corps was for me.

My having scored high on the enlistment exam guaranteed my attending jet mechanic school in Millington, TN. It was my decision to go off base to church that set into motion a chain of events that would change my life and find me behind bars later that year in 1967. It all began when I attempted to walk into what I did not know was an all-white church while donning my Marine Corps uniform and told to "get my black ass out!"

Aviation school would be no more and my new desire to learn my history took precedence over my obligation to the Marine Corps. Add to my disenchantment the riots during the summer of 1967, and you have an idea of the kinds of conversation I would have with other Black Marines who also began questioning if their enemies were in Vietnam.

My being sentenced to 10 years and dishonorable discharge would result in my being incarcerated for 29 months before the American Civil Liberties Union was successful during the appellate process. Success meant being discharged under honorable conditions and back wages."

ABOUT THE AUTHOR
AHMAD DANIELS; M.ED. is a Transformation Facilitator and Life Coach with over 30 years experience in African American History. He has facilitated workshops with the Global Afrikan Congress in London, Berlin, Amsterdam, and Paris. His work has also taken him to many African countries which includes his having attended in 2001 the United Nations World Conference Against Racism, Xenophobia, and other Discrimination held in Durban, South Africa. He has run over a dozen marathons (26.2 miles) and is now an avid road cyclist and enjoys reading and listening to classical jazz.
My Account • Sign In • Sign Out • Register
NEW & USED BOOKS
AUTHOR EVENTS • GIFTS Tempe
6428 South McClintock Drive
480.730.0205 [Google Map]
Sunday-Friday 10am-8pm
Saturday 9am-8pm
Trade Counter 11am-6pm daily
Phoenix
300 West Camelback Road
602.274.0067 [Google Map]
Sunday-Friday 10am-8pm
Saturday 9am-8pm
Trade Counter 11am-6pm daily