Mean Menu style requires jQuery library version 1.7 or higher, but you have opted to provide your own library. Please ensure you have the proper version of jQuery included. (note: this is not an error)
TEEN EVENT
Kelly deVos: Go Hunt Me
7PM TUESDAY, JUNE 28 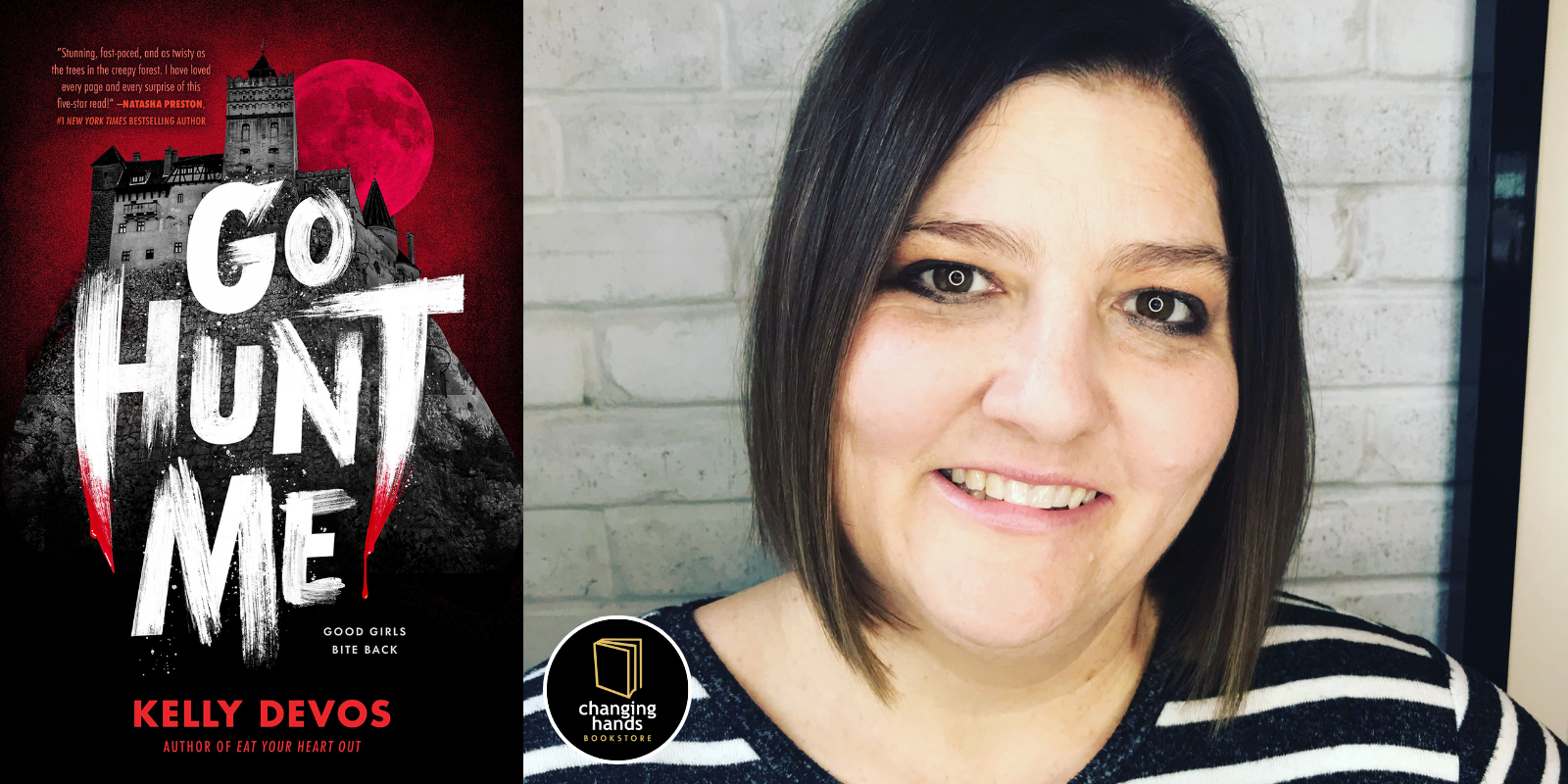 IN CONVERSATION WITH BRITNEY YOUNG AND KIMBERLY M. WETHERELL

Please note: This is a hybrid event. Kelly will be in-person at Changing Hands, while Britney and Kimberly will appear via Zoom. In addition to the book, the three will discuss female representation in books and film, as well as unlikeable female characters and their depiction in culture and media.

For Dracula lovers and fans of Diana Urban’s All Your Twisted Secrets, this spine-tingling thriller follows seven horror buffs as their dream trip to a remote Romanian castle turns into a nightmare when they begin to be killed one by one.

Alex Rush is ready for the trip of a lifetime.

She and her friends have made some creepily awesome films together throughout high school, so with only a few months left before they go their separate ways for college, they’re determined to make the best one yet: an epic short film that reimagines the story of Dracula, filmed on location at a remote castle in Romania.

But when they get there, it’s not quite the majestic setting they planned for. Menacing weapons line the walls, the twisted halls are easy to get lost in, and with no connection to the outside world, the group is unexpectedly off the grid. After just a few hours spent under its roof, Alex and her friends have no trouble imagining how this dark, terrifying castle inspired one of the most enduring horror novels of all time.

Only soon they no longer have to use their imaginations to understand the location’s terrifying history—just as they get the film's first shot rolling, one of Alex’s friends disappears, and she’s nearly certain she saw a cloaked stranger lurking in the shadows. As more members of the group begin to meet an untimely demise, Alex is desperate to stop the bloodshed, even if it means facing a monster she never thought would be let loose.

ABOUT THE AUTHOR
Kelly deVos is from Gilbert, Arizona, where she lives with her high school sweetheart, amazing teen daughter, and superhero dog, Cocoa. She holds a BA in creative writing from Arizona State University. When not reading or writing, Kelly can typically be found with a mocha in hand, bingeing the latest TV shows and adding to her ever-growing sticker collection. She is the author of  FatGirl on a Plane, Day Zero, Day One and Eat Your Heart Out. Visit Kelly online at kellydevos.com.

ABOUT THE MODERATORS
Britney Young is an American actress, best known for her role as Carmen "Machu Pichu" Wade in GLOW. She was born in Tokyo, Japan, and raised in Eagle River, Alaska, US. She has a bachelor's degree from the USC School of Cinematic Arts in Los Angeles, California.

Kimberly is an award-nominated SAG-AFTRA audiobook narrator and director. She has worked with Penguin Random House, Macmillan, HarperCollins, and Simon & Schuster, among others, and have directed narrators and authors alike; including John Waters, Charlie Jane Anders, Betty Gilpin, and Mary L. Trump, PhD. She started a series on TikTok called ‘Literary man shaming’ where she reads aloud extracts from novels written by male authors.