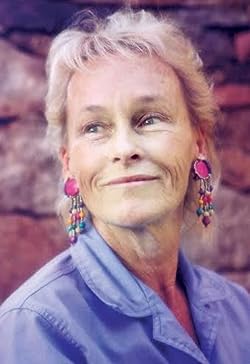 The Sawtooth Complex is a fascinating novel that deals vigorously with the dilemmas of human life on the planet. Our willy-nilly destruction of the exquisite natural world is set against the efforts of some people to protect and care for the biology that sustains us. Most characters are torn by contradictions, both personal and political. A few are avid developers; others seek a balance between humanity and nature. Several touching love stories develop and falter among them. The true hero, Maddie Farley, is an inspiring and reluctant monkey-wrencher who lives most closely to the earth. The natural world she inhabits is invoked with poignant accuracy and love. Ultimately, nature itself blows up everyone’s world in a startling forest fire that overpowers the land and the people, laying waste to most everything. The writing about this thrilling climatic event is terrifying, spellbinding, very intense and powerful. And then a miracle occurs. In the wreckage left behind, the author, who is no sentimental idealist or doomsday prophet, finds reason to hope. The story is engrossing, entertaining, and really makes us think. It’s a fine addition to our best environmental and human–humane–literature

ABOUT THE AUTHOR
SUSAN LANG is the author of a trilogy of novels about a woman homesteading in the southwestern wilderness during the years 1929 to 1941. The first novel in the trilogy, Small Rocks Rising, won the 2003 Willa Award, and she was awarded a 2008 Project Grant from the Arizona Commission on the Arts for her novel-in-progress, The Sawtooth Complex. Lang's short stories and poems have been published in magazines such as Idaho Review, Red Rock Review, Iris, and The Raven Review. She founded and directed the Southwest Writers Series and Hassayampa Institute for Creative Writing at Yavapai College. Currently, Lang is Faculty Emeritus at Yavapai College, teaches courses at Prescott College, and serves as Event Coordinator at the Peregrine Book Company in Prescott, Arizona. Susan Lang was raised in a wild canyon much like the one referred to as Rattlesnake Canyon in a place homesteaded by her mother. As a young child she lived there first in a tent, then in a rugged cabin once her parents built it. Water was piped in from a spring on the mountain, and the family used a wood stove for cooking and candles and kerosine lamps for light until butane tanks were available to be hauled up the twelve mile rut road from Yucca Valley. A garden and rabbits were essential to the family's survival. The love her mother had for the wild canyon was passed on to her children, especially her brother, and his wife and daughter who made protecting that wild canyon the focal point of their lives.