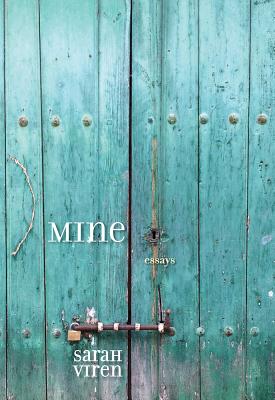 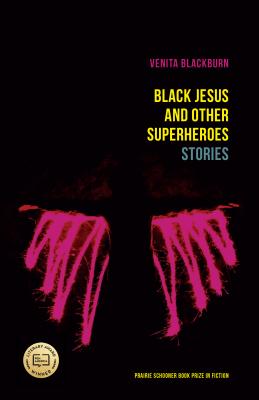 In Mine, Sarah Viren examines the borderlands of ownership and loss. The book begins with an essay about being given a man's furniture while he's on trial for murder and follows with essays that question corporeal, familial, and intellectual forms of ownership as well. What does it mean to believe that a hand, or a child, or a country, or a story belongs to you? What happens if you realize you're wrong? Mining her own life and those of others, Viren considers the contingencies of ownership alongside the realities of loss in this debut essay collection.

Winner of the Prairie Schooner Book Prize in Fiction, Black Jesus and Other Superheroes chronicles ordinary people achieving vivid extrasensory perception while under extreme pain. The stories tumble into a universe of the jaded and the hopeful in which men and women burdened with unwieldy and undesirable superhuman abilities are nonetheless resilient in subtle and startling ways.

ABOUT THE AUTHOR
SARAH VIREN is a writer, translator, and former newspaper reporter. Her essay collection Mine won the River Teeth Literary Nonfiction Book Prize, judged by Andre Dubus III, and her writing has appeared in magazines such as Texas Monthly, the Oxford America, the Iowa Review, and Guernica. A graduate of the University of Iowa's Nonfiction Writing Program, she teaches at Arizona State University.

Works by VENITA BLACKBURN have appeared in American Short Fiction, the Georgia Review, Pleiades, Madison Review, Bat City Review, Nashville Review, Smoke Long Quarterly, Café Irreal, Santa Monica Review, Faultline, Devil's Lake Review, Nat.Brut., Bellevue Literary Review, audio download through Bound Off, and others. She was awarded a Bread Loaf Fellowship in 2014 and several Pushcart prize nominations. She received the Prairie Schooner book prize for fiction, which resulted in the publication of her collected stories, Black Jesus and Other Superheroes, in 2017. She has been named finalist for the prestigious PEN/Bingham award for debut fiction 2018. Her home town is Compton, California, but she now lives and teaches in Phoenix, Arizona. She earned her MFA from Arizona State University in 2008, and is finishing a new novel, Babel, and a collection of flash fiction and non-fiction.