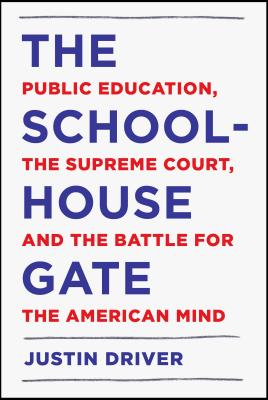 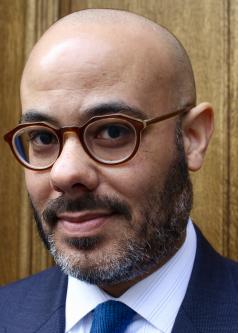 The award-winning constitutional law scholar at the University of Chicago presents his new book which aims to vindicate the rights of public school students, which have so often been undermined by the Supreme Court in recent decades.

Judicial decisions assessing the constitutional rights of students in the nation's public schools have consistently generated bitter controversy. From racial segregation to unauthorized immigration, from antiwar protests to compulsory flag salutes, from economic inequality to teacher-led prayer—these are but a few of the cultural anxieties dividing American society that the Supreme Court has addressed in elementary and secondary schools. The Schoolhouse Gate gives a fresh, lucid, and provocative account of the historic legal battles waged over education and illuminates contemporary disputes that continue to fracture the nation.

Justin Driver maintains that since the 1970s the Supreme Court has regularly abdicated its responsibility for protecting students' constitutional rights and risked transforming public schools into Constitution-free zones. Students deriving lessons about citizenship from the Court's decisions in recent decades would conclude that the following actions taken by educators pass constitutional muster: inflicting severe corporal punishment on students without any procedural protections, searching students and their possessions without probable cause in bids to uncover violations of school rules, random drug testing of students who are not suspected of wrongdoing, and suppressing student speech for the viewpoint it espouses. Taking their cue from such decisions, lower courts have upheld a wide array of dubious school actions, including degrading strip searches, repressive dress codes, draconian "zero tolerance" disciplinary policies, and severe restrictions on off-campus speech.

ABOUT THE AUTHOR
JUSTIN DRIVER is the Harry N. Wyatt Professor of Law at the University of Chicago Law School. A graduate of Brown, Oxford (where he was a Mar­shall Scholar), and Harvard Law School (where he was an edi­tor of the Harvard Law Review), Driver clerked for Supreme Court Justices Stephen Breyer and Sandra Day O'Connor. A recipient of the American Society for Legal History's William Nelson Cromwell Article Prize, Driver has a distinguished publication record in the nation's leading law reviews. He has also written extensively for lay audiences, including pieces in Slate, The Atlantic, The Washington Post, and The New Republic, where he was a contributing editor. A member of the American Law Institute and the American Constitution Society's Academic Advisory Board, Driver is also an edi­tor of The Supreme Court Review. Before attending law school, Driver received a master's degree in education from Duke and taught civics and American history to high school students.

The Schoolhouse Gate: Public Education, the Supreme Court, and the Battle for the American Mind (Hardcover)