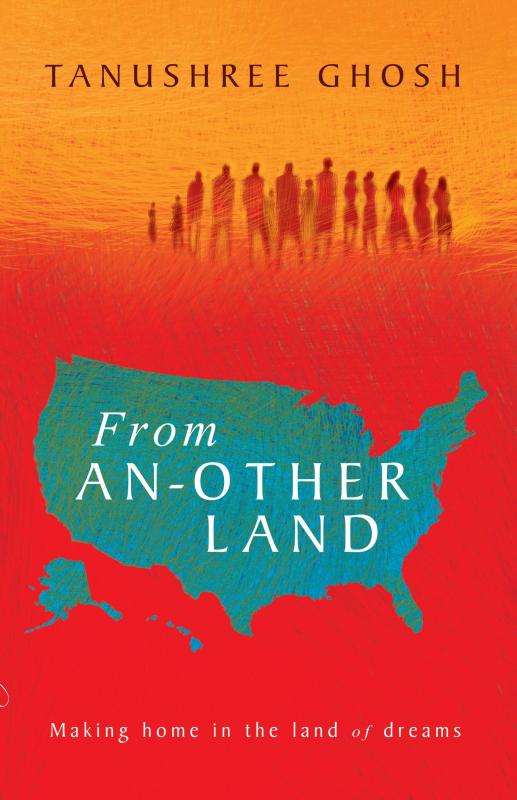 Author Tanushree Ghosh discusses her latest, a deeper look into the facts of immigration through fiction to understand why immigration, vital for the growth and survival of the human race, is inevitable and unacceptable at the same time.

America, the country of and for immigrants, has evolved by its own merit into something so extravagant to the millions aspiring to touch this soil and the comparatively few who are able to, that human lives and values are often altered without conscious comprehension and 'Americans' are created. From An-other Land is a collection of connected short stories exploring the tales of 10 such out of the millions and how they become or refuse to become, 'Americans.'

Leaving the hard-line stances and the shocking headlines (the border wall, the government shutdown, the tear gas on caravan, and children in cages) aside, the biggest challenge and opportunity the post 2016 rise of nationalism countering globalization head on - especially for the US where actions on immigration and segregation (travel ban, TPS cancellation, DACA debate, H1-B and H4 changes, birthright citizenship revoke discussion) have become a daily matter since - offers is for understanding. Not only of immigration and its role in globalization but also of immigration and its inevitability. The book explores both legal and illegal immigration – from visa frauds to anger against H1B tech sector workers, from guilt to desperation, identity clichés to unexpected satisfactions – painting a picture applicable to any community in the US today through the tales of one diaspora population and their intermingling in the US narrative. It received high praise for being unbiased, fresh and cliché defying in its portrayal of global issues and provoked passionate discussions in its India launches and was covered in leading national dailies (including The Indian Express, Tribune, Hindustan Times). Going through the book, answers to questions like why the smiling people in caravans who don't look like they are fleeing for their lives and should know of the consequences like separation from their children continue to crowd up the US borders becomes apparent while old questions, like whether or not full acculturation is ever possible or needed, get a new shine.

The author, a first generation immigrant to the States herself, has never really felt completely at home once the move was made either in the US or in India (the motherland she left behind) and has consistently grappled first-hand with all the aspects of immigration that make the issue so complex. She believes that given a chance, probably everyone would say "yes" to immigration, especially when that opens up opportunities and that immigration vital for growth and survival of humans as a race. Yet, immigrants are looked at with either contempt or segregation, and rarely compassion and comprehension, both in their motherland and abroad primarily because the popular narrative tries to fight, instead of accepting, the most obvious points: complete assimilation is almost never possible and shouldn't be expected of immigrants, and it is completely natural to have resistance to changing faces and dynamics in one's surrounding.

ABOUT THE AUTHOR
Tanushree Ghosh works at Intel in Supply Chain and has a Doctorate in Chemistry from Cornell University. She is also a social activist and writer. Her blog posts, op-eds, poems, and stories are in an effort to provoke thoughts, especially towards issues concerning women and social justice. She is a contributor (past and present) to several popular e-zines (incl. The Huffington Post US, The Logical Indian, Youth Ki Awaaz, Tribune India, Women's Web, Thrive Global and Cafe Dissensus). Her literary resume includes poems and stories featured in national and international magazines (Words Pauses and Noises, UK; TUCK, Glimmer Train Honorable mention) as well as inclusion in seven anthologies such as Defiant Dreams (Oprah 2016 reading list placeholder) and The Best Asian Short Stories 2017 (published out of Singapore by Kitaab). Her first single-author book, From An-Other Land was published in December 2018. She has held different leadership roles in non-profits (ASHA and AID India) and is the founder and director of Her Rights (www.herrights.website), a 501(3) c non-profit committed to furthering the cause of gender equality. She is often an invited speaker or panelist for both corporate and non-profit endeavors.
My Account • Sign In • Sign Out • Register
NEW & USED BOOKS
AUTHOR EVENTS • GIFTS Tempe
6428 South McClintock Drive
480.730.0205 [Google Map]
10am-7pm daily
10am-5pm New Year's Eve
Closed New Year's Day
Phoenix
300 West Camelback Road
602.274.0067 [Google Map]
10am-7pm daily
10am-5pm New Year's Eve
Closed New Year's Day