Fernanda Santos
The Fire Line: The Story of the Granite Mountain Hotshots and One of the Deadliest Days in American Firefighting
7:30PM THURSDAY, MAY 5

Online orders for this event have been turned off. To order this book please call 602-274-0067 or purchase your copy at the Phoenix location. 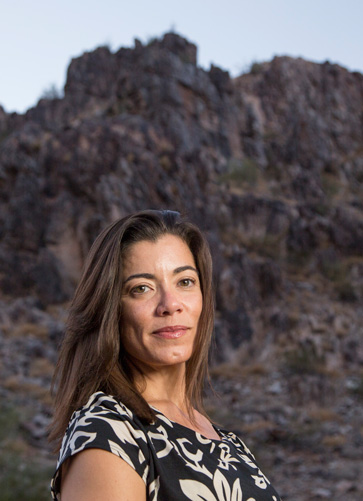 EVENT GUIDELINES → $25.99 + tax: One (1) hardcover copy of The Fire Line and admission for two (2) people
CAN'T MAKE IT? Click "add to cart" below and we'll have one or more copies of The Fire Line signed and reserved for you. We also ship anywhere in the US and to most international locations!


ABOUT THE BOOK
As temperatures rise, droughts intensify, urban sprawl proliferates, and, in an ironic twist, forest conservation efforts ramp up, wildfires have become more dangerous and pervasive throughout the western United States. When a lighting strike ignited a hilltop in Yarnell, Arizona, in June 2013, the nearby Granite Mountain Hotshots sprang into action. Taking place a mere 45-minute drive from their homes in Prescott, the Hotshots were comprised of college dropouts, convicted felons, former Marines, and recovering addicts. Yet these men believed in second chances, leaning on each other for support and trusting each other with their lives, dedicated to the tough job they had. The Yarnell Hill Fire lasted for more than ten days, burned over 8,400 acres of land, destroyed 129 buildings, and claimed the lives of 19 heroes.

In The Fire Line, Fernanda Santos brings these complex and brave men into vivid focus. Their sense of humor, loyalty to each other and their families, personal struggles, and triumphs help show how this ragtag group united together to fight the most dangerous fires in the world. In the years since, Santos has talked to each of the victim's families to learn who these men were and what motivated them to action. She went through the basic training course for wildland firefighters to better understand the demands these men and women must meet in order to put their lives on the line. And Santos conducted more than a hundred hours of interviews while pouring over records to compile the most complete and authoritative account of the events leading up to, during, and after the tragedy.

ABOUT THE AUTHOR
FERNANDA SANTOS covers Arizona and New Mexico as the Phoenix bureau chief for The New York Times. This is her first book. Stationed in Phoenix at the time, Santos tried to reach Yarnell to cover the fire for the New York Times. Unable to get into the city due to roadblocks she filed her first story from her car, filling it with the stories of people who were fleeing the city as the fire encroached on their homes and businesses.