ONLINE ORDERING HAS BEEN TURNED OFF FOR THIS EVENT
Get your book and ticket in-store before the event, or by phone at 480.730.0205.
Bad Buddhist Film Viewing Party
7-9PM FRIDAY, MAY 25
LOCATION: PHOENIX 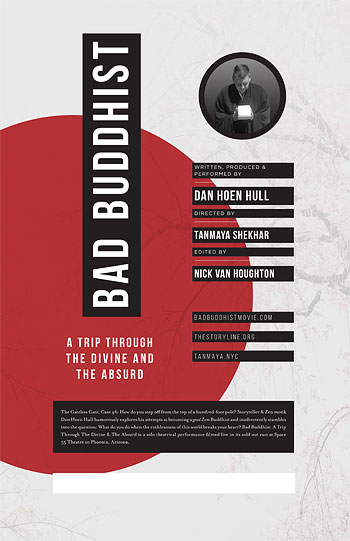 The Storyline SLAM host Dan Hoen Hull is having a big birthday this May and invites you to join him in the debut of his one hour film Bad Buddhist: A Trip Through The Divine & The Absurd.

The evening will include sundry snacks (like popcorn), a Q & A with Hull, and birthday cake.

Bad Buddhist is a solo theatrical performance originally filmed live at its sold out run. Dan Hoen Hull humorously explores his attempts at becoming a good Zen Buddhist and inadvertently stumbles into the question: What do you do when the ruthlessness of this world breaks your heart?