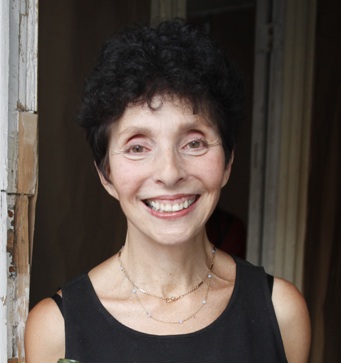 The writer, performer, and critic shares her latest book of linked, comic stories written in sharply etched prose. She will discuss autobiographical  fiction with Trisha Murphy, editor of the literary journal, Superstition Review.

National Book Critics Circle Award winner Laurie Stone has a remarkable gift for capturing life's kinks and quirks, its heartaches and headaches. My Life as an Animal is the story of a flâneur who's constantly seduced by strangers, language, animals, the streets—even a wilderness trail. She beguiles and confounds with her keen and witty observations, about strange moments and even stranger people, all rendered in sharp and vivid prose.

Sixty, a writer and lifelong New Yorker, she meets a man and falls in love, certain this wouldn't happen again. Fifty-six, a professor now living in Arizona, he's English, so who knows what he thinks. Stone's characters are at ease with dislocation—with always living in two places at the same time: east and west, past and present, the bed and the grave (or copper urn). At turns comic and sardonic, lyric and aphoristic, My Life as an Animal's linked stories run the gamut from comedy to tragedy and everything in between.

This reading is co-sponsored by ASU Master of Liberal Studies and the Superstition Review.

ABOUT THE AUTHOR
LAURIE STONE is author of My Life as an Animal: Stories (TriQuarterly Books, Northwestern University Press), Starting with Serge, and Laughing in the Dark (Ecco). Former theater critic for The Nation, critic-at-large on Fresh Air, and decades-long writer for the Village Voice, she's editor of and contributor to the memoir anthology Close to the Bone (Grove). She won the 1996 Nona Balakian Citation for Excellence in Reviewing from the National Book Critics Circle. Her memoir essays and stories have appeared in Fence, Open City, Anderbo, The Collagist, Nanofiction, The Los Angeles Review, New Letters, Ms.,TriQuarterly, Threepenny Review, Memorious, Creative Nonfiction, St Petersburg Review, and Four Way Review. Her short fiction and nonfiction's been anthologized in They're at It Again: Stories from Twenty Years of Open City, In the Fullness of Time, The Face in the Mirror, The Other Woman, Best New Writing of 2007, Full Frontal Fiction, and Money, Honey, among others. She lives in New York City. Visit her online at lauriestonewriter.com

My Life as an Animal: Stories (Paperback)