Mean Menu style requires jQuery library version 1.7 or higher, but you have opted to provide your own library. Please ensure you have the proper version of jQuery included. (note: this is not an error)
VIRTUAL AUTHOR EVENT
Bob Spitz in Conversation with Ann Wilson
Led Zeppelin: The Biography
7PM (9ET) MONDAY, NOVEMBER 15 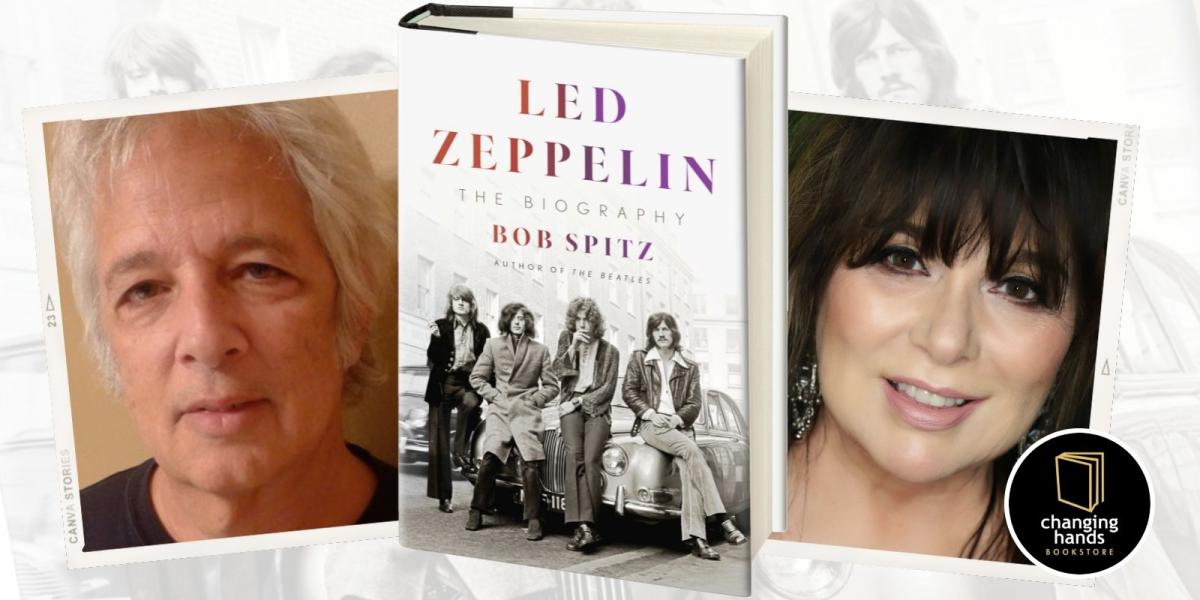 Rock star. Whatever that term means to you, chances are it owes a debt to Led Zeppelin. No one before or since has lived the dream quite like Jimmy Page, Robert Plant, John Paul Jones, and John Bonham. In Led Zeppelin, Bob Spitz takes their full measure, separating the myth from the reality with his trademark connoisseurship and storytelling flair.

From the opening notes of their first album, the band announced itself as something different, a collision of grand artistic ambition and brute primal force, of English folk music and African American blues. That record sold over 10 million copies, and it was just the beginning; Led Zeppelin's albums have sold over 300 million certified copies worldwide, and the dust has never settled.

The band is notoriously guarded, and previous books provided more heat than light. But Spitz's authority is undeniable and irresistible. His feel for the atmosphere, the context--the music, the business, the recording studios, the touring life, the whole ecosystem of popular music--is unparalleled. His account of the melding of Page and Jones, the virtuosic London sophisticates, with Plant and Bonham, the wild men from the Midlands, in a scene dominated by the Beatles and the Stones but changing fast, is in itself a revelation. Spitz takes the music seriously and brings the band's artistic journey to full and vivid life.

The music, however, is only part of the legend: Led Zeppelin is also the story of how the sixties became the seventies, of how playing clubs became playing stadiums, of how innocence became decadence. Led Zeppelin wasn't the first rock band to let loose on the road, but as with everything else, they took it to an entirely new level. Not all the legends are true, but in Spitz's careful accounting, what is true is astonishing and sometimes disturbing.

Led Zeppelin gave no quarter, and neither has Bob Spitz. Led Zeppelin is the full and honest reckoning the band has long awaited, and richly deserves.


You'll receive the Zoom link by email within 24 hours of the event's start time. For information about participating in our virtual events, see our FAQ page.

Bob Spitz is the award-winning author of the biographies The Beatles and Dearie: The Remarkable Life of Julia Child, both New York Times bestsellers, as well as six other nonfiction books and a screenplay. He helped manage Bruce Springsteen and Elton John at crucial points in their careers. He's written hundreds of major profiles of figures, ranging from Keith Richards to Jane Fonda, from Paul McCartney to Paul Bowles.

Widely regarded as one of the greatest voices in the history of rock ‘n’ roll, Ann Wilson is a true icon, best known as lead singer and songwriter of the groundbreaking rock band, Heart. Led by Wilson’s extraordinary vocal power, Heart has thrilled audiences for over four decades, earning sales of more than 35 million and a well-deserved induction into the Rock and Roll Hall of Fame in 2013.

As creatively energized as ever before, Wilson is currently working on additional new music and plans to return to the road as soon as possible, bringing her one-of-a-kind voice and classic songs to stages everywhere.