Mean Menu style requires jQuery library version 1.7 or higher, but you have opted to provide your own library. Please ensure you have the proper version of jQuery included. (note: this is not an error)
VIRTUAL AUTHOR EVENT
Ruben Gallego: They Called Us "Lucky"
6:30PM (8:30 ET) WEDNESDAY, NOVEMBER 10 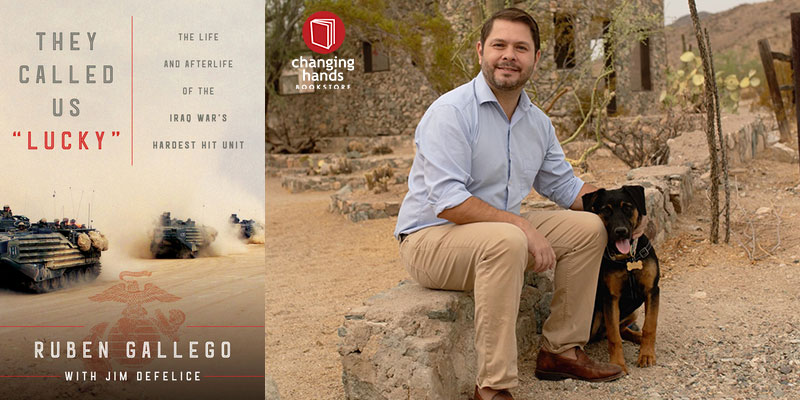 IN CONVERSATION WITH OLIVIA NUZZI


You can support Changing Hands by purchasing the book via Eventbrite below. Thank you! You'll receive the Zoom link by email within 24 hours of the event's start time. For information about participating in virtual events, see our FAQ page.

Arizona Congressman Ruben Gallego discusses his new book, a 21st-century Band of Brothers chronicling the eternal bonds forged between the Marines of Lima Company, the hardest-hit unit of the Iraq War.


Co-presented by the Pat Tillman Veterans Center and ASU's Office for Veteran and Military Academic Engagement. 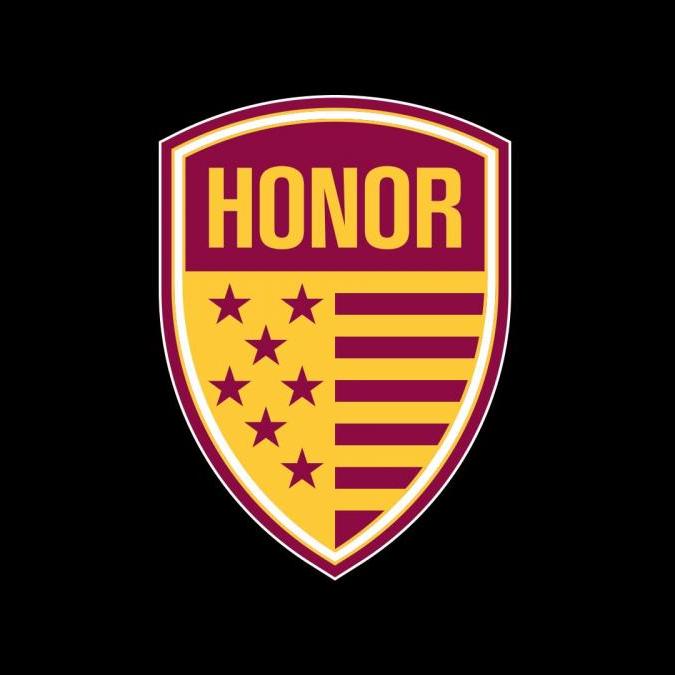 
At first, they were “Lucky Lima.” Infantryman Ruben Gallego and his brothers in Lima Company—3rd Battalion, 25th Marines, young men drawn from blue-collar towns, immigrant households, Navajo reservations—returned unscathed on patrol after patrol through the increasingly violent al Anbar region of Iraq, looking for weapons caches and insurgents trying to destabilize the nascent Iraqi government. After two months in Iraq, Lima didn't have a casualty, not a single Purple Heart, no injury worse than a blister. Lucky Lima.

Then, in May 2005, Lima’s fortunes flipped. Unknown to Ruben and his fellow grunts, al Anbar had recently become a haven for al Qaeda in Mesopotamia. The bin Laden-sponsored group had recruited radicals from all over the world for jihad against the Americans. On one fateful day, they were lured into a death house; the ambush cost the lives of two men, including a platoon sergeant. Two days later, Ruben’s best friend, Jonathon Grant, died in an IED attack, along with several others. Events worsened from there. A disastrous operation in Haditha in August claimed the lives of thirteen Marines when an IED destroyed their amphibious vehicle. It was the worst single-day loss for the Marines since the 1983 Beirut bombings. By the time 3/25 went home in November, it had lost more men than any other single unit in the war. Forty-six Marines and two Navy Corpsmen serving with the battalion in Iraq were killed in action during their roughly nine-month activation.

They Called Us “Lucky” details Ruben Gallego’s journey and includes harrowing accounts of some of the war’s most costly battles. It details the struggles and the successes of Ruben—now a member of Congress—and the rest of Lima Company following Iraq, examining the complicated matter of PTSD. And it serves as a tribute to Ruben’s fallen comrades, who made the ultimate sacrifice for their country.

RUBEN GALLEGO (D, AZ) represents the 7th District of Arizona in the U.S. House of Representatives. A son of Hispanic immigrants, Representative Gallego was the first in his family to attend college, graduating from Harvard University with a degree in international relations. While an undergrad, Gallego enlisted as an infantryman in the Marine Corps Reserve. Private (later lance corporal) Gallego deployed to Iraq in 2005, where he and the other members of Lima Company, 3rd Battalion, 25th Marine Regiment, saw some of the fiercest fighting of the war. Elected to Congress in 2014 as a Democrat, Gallego is a member of the House Committee on Veterans’ Affairs and the House Armed Services Committee, where he serves as chairman of the Intelligence and Special Operations subcommittee. Gal­lego lives in Phoenix, Arizona, with his wife and son.

OLIVIA NUZZI is the Washington Correspondent for New York Magazine, known for in-depth profiles of politicians and the people who influence their decision making. She is the winner of the American Society of Magazine Editor’s NEXT Award for distinguished journalists under the age of 30 and a member of the Forbes 30 Under 30 list for media. A frequent presence on CNN, MSNBC, and NPR, she has also written for GQ, Esquire, The Washington Post, Glamour, Politico Magazine, The Daily Beast, and the New York Daily News.


ABOUT THE PAT TILLMAN VETERANS CENTER

The Pat Tillman Veterans Center at Arizona State University provides a single point of contact for veterans and their dependents, bringing together academic and student support services to promote a smooth transition from the military, provide assistance for veterans' benefits, deployments, information, and referrals, as well as a place where veterans can gather for study groups and social activities. Learn more at veterans.asu.edu


*Our Zoom events are password-protected with wait rooms enabled. The password is entered automatically by clicking the event link when logged in to a Zoom account. We'll admit guests shortly before 6:30PM and throughout the event. If you join late, please be patient—we'll admit you when we see you.