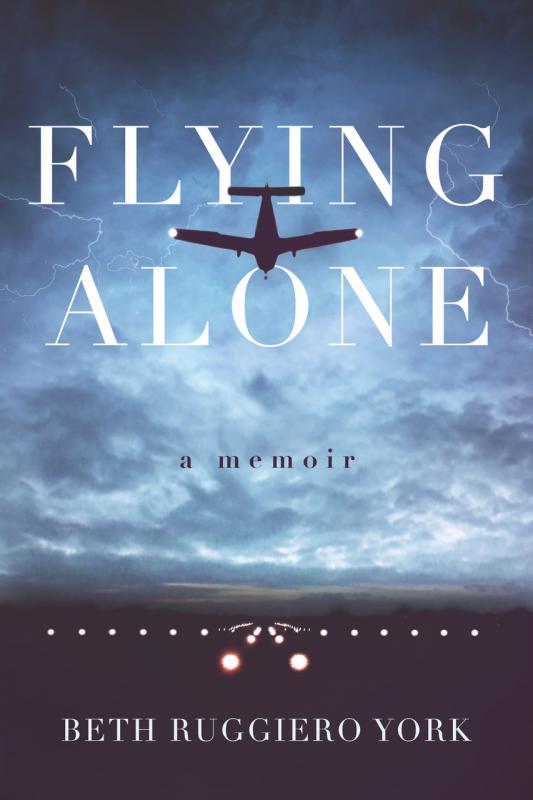 The local author celebrates the launch of her independently published memoir, Flying Alone.

At thirteen years old, Beth's heart was broken when her father died suddenly. But there was a bigger challenge ahead when doctors told her she probably had multiple sclerosis at 22 years old. Beth vowed that this new challenge would not put restrictions on her life and embarked on a lifelong dream to fly for the airlines. Told with soul-baring candor, Flying Alone takes readers on a suspenseful journey through the terror, romance, and ultimate victory of those years.

Beth is a former airline pilot for Trans World Airlines. She entered the world of civil aviation in 1984 shortly after graduating from college and, for the next five years, climbed the ladder to her ultimate goal of flying for a major airline. Beth originally wrote Flying Alone in the early 1990s, shortly after her career as a pilot ended and the memories were fresh.

She now has dual careers--Chinese translation and professional photography. She teaches photography workshops for Arizona Highways PhotoScapes and her own company, Ruggiero Images LLC. Beth has published a popular instructional book on night photography, Fun in the Dark: A Guide to Successful Night Photography, which has worldwide sales, and she has co-written a book entitled, Everglades National Park: A Photographic Destination. She and her husband live in Fountain Hills, AZ.