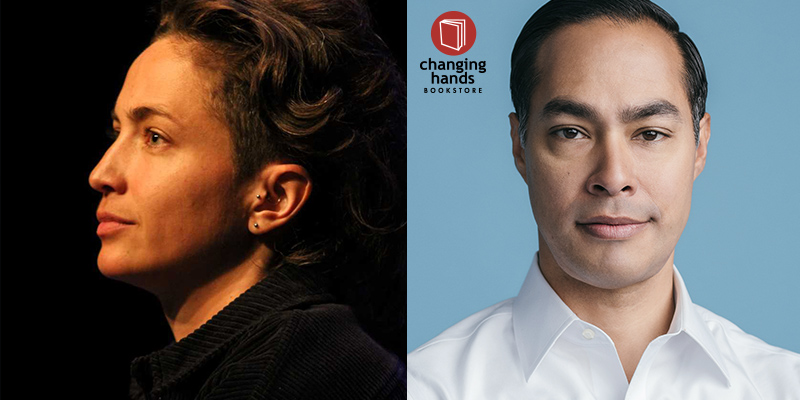 To attend this virtual event, we request a contribution of $5 or the purchase of Fiinding Latinx via Eventbrite below. Your generosity helps us continue to present world-class literary events like this. We're glad you're here, and appreciate your support. You'll receive the Zoom link by email within 24 hours of the event's start time.*


Young Latinos across the United States are redefining their identities, pushing boundaries, and awakening politically in powerful and surprising ways. Many of them—Afrolatino, indigenous, Muslim, queer, and undocumented, living in large cities and small towns—are voices who have been chronically overlooked in how the diverse population of almost sixty million Latinos in the U.S. has been represented. No longer.

In this empowering cross-country travelogue, journalist and activist Paola Ramos embarks on a journey to find the communities of people defining the controversial term, “Latinx.” She introduces us to the indigenous Oaxacans who rebuilt the main street in a post-industrial town in upstate New York, the “Las Poderosas” who fight for reproductive rights in Texas, the musicians in Milwaukee whose beats reassure others of their belonging, as well as drag queens, environmental activists, farmworkers, and the migrants detained at our border. Drawing on intensive field research as well as her own personal story, Ramos chronicles how “Latinx” has given rise to a sense of collectivity and solidarity among Latinos unseen in this country for decades.

Paola Ramos is a host and correspondent for VICE and VICE News, as well as a contributor to Telemundo News and MSNBC. Ramos was the deputy director of Hispanic media for Hillary Clinton’s 2016 presidential campaign and a political appointee during the Barack Obama administration, and she also served in President Obama’s 2012 reelection campaign. She’s a former fellow at Emerson Collective. Ramos received her MA in public policy from the Harvard Kennedy School and her BA from Barnard College, Columbia University. She lives in Brooklyn.

ABOUT THE MODERATOR
Julián Castro served as U.S. Secretary of Housing and Urban Development under President Barack Obama from 2014-2017. Before that, he was Mayor of his native San Antonio, Texas — the youngest mayor of a Top 50 American city at the time. In 2012, he gave a rousing keynote speech at the Democratic National Convention, during which he described the American Dream as a relay to be passed from generation to generation. In October 2018, Little, Brown published Castro’s memoir, An Unlikely Journey: Waking Up from My American Dream. Secretary Castro launched People First Future in May to help elect bold, progressive candidates whose campaigns are focused on improving the lives of all people they hope to represent.