Mean Menu style requires jQuery library version 1.7 or higher, but you have opted to provide your own library. Please ensure you have the proper version of jQuery included. (note: this is not an error)
FREE AUTHOR EVENT
Nora McInerny in conversation with Olivia Fierro
Bad Vibes Only (And Other Things I Bring to the Table)
6PM WEDNESDAY, OCTOBER 12 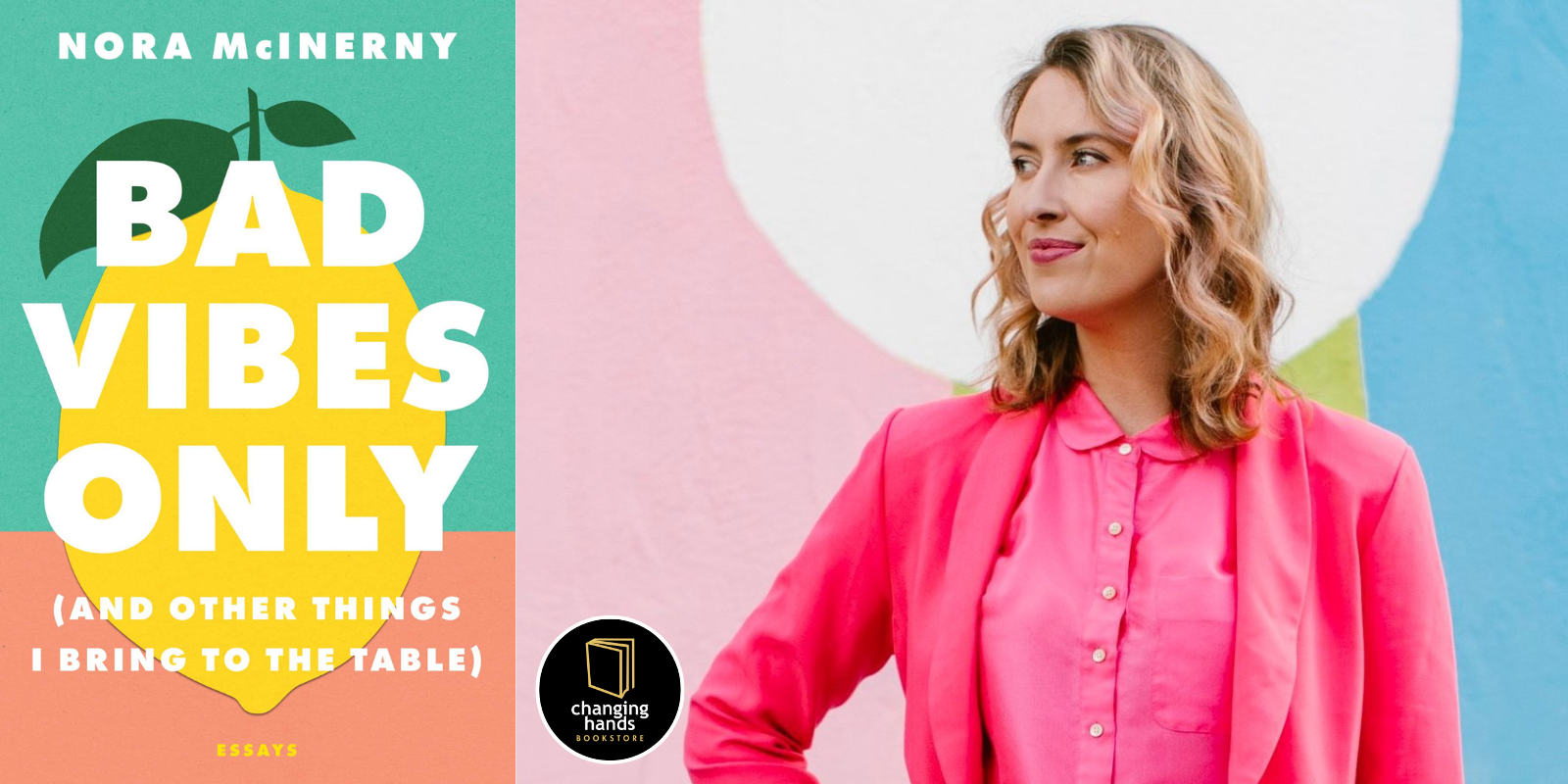 Nora McInerny discusses her new book Bad Vibes Only (And Other Things I Bring to the Table).
Moderated by Good Morning Arizona's Olivia Fierro.

From the host of the podcast Terrible, Thanks for Asking—called “a gift” by The New York Times—a raw and humorous essay collection in the spirit of Jenny Lawson and Samantha Irby.

Nora McInerny does not dance like no one is watching. In fact, she dances like everyone is watching, which is to say, she does not dance at all. A bestselling author and host of the beloved podcast Terrible, Thanks for Asking, which the New York Times called “a gift,” she has captured the hearts of millions with her disarming and earnest approach to discussing grief and loss. Now, with Bad Vibes Only, she turns her eye on our aggressively, oppressively optimistic culture, our obsession with self-improvement, and what it really means to live authentically in the online age.

In essays that revisit her cringey past and anticipate her rapidly approaching, early middle-aged future, McInerny lays bare her own chaos, inviting us to drop the facade of perfection and embrace the truth: that we are all—at best—slightly unhinged. Socrates claimed that the unexamined life is not worth living. Bad Vibes Only is for the people who have taken that dictum a bit too far—the overthinkers, the analyzers, the recovering Girl Bosses, and the burned-out personal brand—reminding us that a life worth living is about more than just “good vibes.”

ABOUT THE AUTHOR
Nora McInerny was voted Most Humorous by the Annunciation Catholic School Class of 1997. Since then, she’s written the bestselling memoirs It’s Okay to Laugh (Crying Is Cool Too) and No Happy Endings, as well as The Hot Young Widows Club and Bad Moms. She hosts the award-winning podcast Terrible, Thanks for Asking, has spoken on TED’s mainstage, and has contributed to publications like The New York Times, Time, Slate, and Vox. She is very tall.

Bad Vibes Only: (and Other Things I Bring to the Table) (Hardcover)