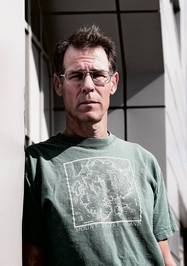 Science fiction is always asking what humanity can become, but we can't answer that question without understanding how we became who we are. Paleolithic humans were genetically identical to what we are today. They lived without writing and with technology that was sophisticated, but made entirely of natural materials. This technology hasn't survived, except for fragments like stone tips. So what were these humans like? In recent years archaeologists have given us better answers to this question than ever before. The discovery of Ötzi the Iceman was a major find, along with the painted Chauvet Cave, twice as old as caves like Lascaux, with paintings just as beautiful and technically advanced. Kim Stanley Robinson, bestselling science fiction author of books including The Mars Trilogy (1993-96), 2312 (2013) and Shaman (2014), will describe these findings and explore what they imply for how we should live our lives today.

Cosponsored by Arizona State University Center for Science and the Imagination.

ABOUT THE AUTHOR
KIM STANLEY ROBINSON is a New York Times bestseller and winner of the Hugo, Nebula, and Locus awards. He is the author of more than twenty books, including the bestselling Mars trilogy and the critically acclaimed Forty Signs of Rain, The Years of Rice and Salt and 2312. In 2008, he was named a "Hero of the Environment" by Time magazine, and he works with the Sierra Nevada Research Institute.

The Years of Rice and Salt: A Novel (Mass Market)

Forty Signs of Rain (Science in the Capital #1) (Mass Market)

Fifty Degrees Below (Science in the Capital #2) (Mass Market)

Sixty Days and Counting (Science in the Capital #3) (Mass Market)