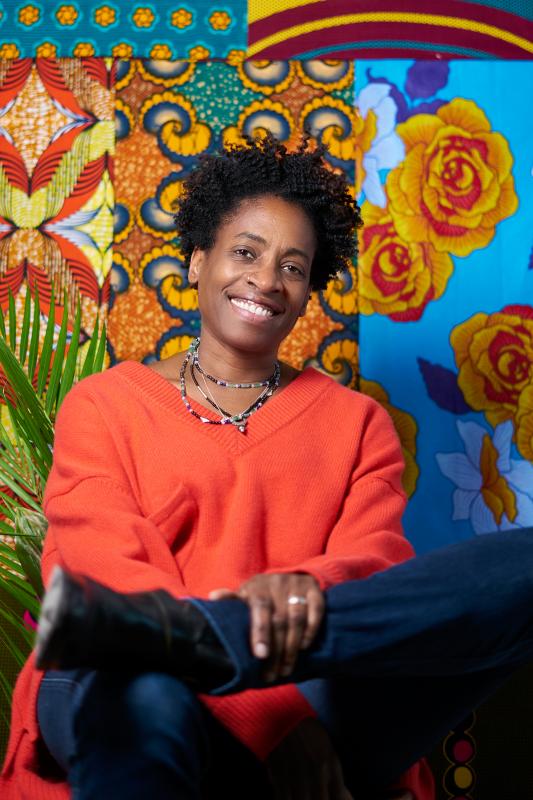 The New York Times-bestselling and National Book Award-winning author of Another Brooklyn and Brown Girl Dreaming presents her new novel about the influence of history on a contemporary family.

Two families from different social classes are joined together by an unexpected pregnancy and the child that it produces. Moving forward and backward in time, with the power of poetry and the emotional richness of a narrative ten times its length, Jacqueline Woodson's extraordinary new novel uncovers the role that history and community have played in the experiences, decisions, and relationships of these families, and in the life of this child.

As the book opens in 2001, it is the evening of sixteen-year-old Melody's coming of age ceremony in her grandparents' Brooklyn brownstone. Watched lovingly by her relatives and friends, making her entrance to the soundtrack of Prince, she wears a special custom-made dress. But the event is not without poignancy. Sixteen years earlier, that very dress was measured and sewn for a different wearer: Melody's mother, for her own ceremony-- a celebration that ultimately never took place.

Unfurling the history of Melody's parents and grandparents to show how they all arrived at this moment, Woodson considers not just their ambitions and successes but also the costs, the tolls they've paid for striving to overcome expectations and escape the pull of history. As it explores sexual desire and identity, ambition, gentrification, education, class and status, and the life-altering facts of parenthood, Red at the Bone most strikingly looks at the ways in which young people must so often make long-lasting decisions about their lives--even before they have begun to figure out who they are and what they want to be.


ABOUT THE AUTHOR
Jacqueline Woodson is the bestselling author of more than two dozen award-winning books including the 2016 New York Times-bestselling National Book Award finalist for adult fiction, Another Brooklyn. Among her many accolades, Woodson is a four-time National Book Award finalist, a four-time Newbery Honor winner, a two-time NAACP Image Award Winner, and a two-time Coretta Scott King Award Winner. Her New York Times-bestselling memoir, Brown Girl Dreaming, received the National Book Award in 2014. Woodson is also the 2018-2019 National Ambassador for Young People's Literature and recipient of the 2018 Astrid Lindgren Memorial Award and the 2018 Children's Literature Legacy Award. In 2015, she was named the Young People's Poet Laureate by the Poetry Foundation. She lives with her family in New York.

ABOUT THE MODERATOR
Natalie Diaz is the author of the poetry collection When My Brother Was an Aztec. She has received many honors, including a MacArthur Fellowship, a USA Fellowship, and a Lannan Literary Fellowship. She teaches at Arizona State University. Her new collection, Postcolonial Love Poem, is forthcoming from Graywolf Press in March 2020.

Red at the Bone: A Novel (Hardcover)