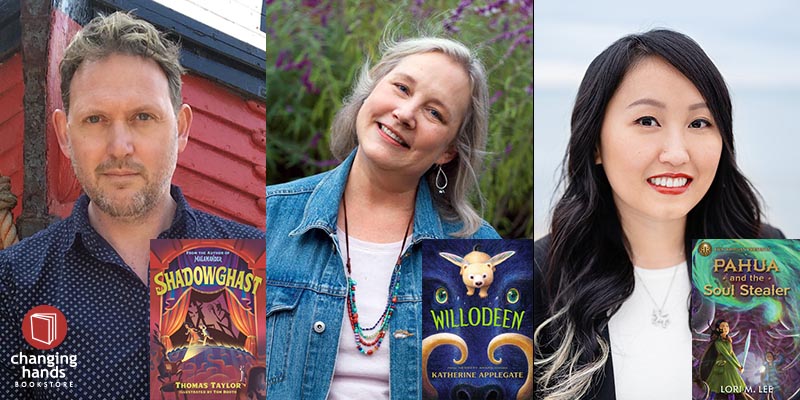 
You can support Changing Hands by purchasing the book via Eventbrite below, or by contributing what you can. A suggested contribution of $5, $10 or $20—whatever you can afford—will help keep our virtual event series sustainable and accessible to all. Thank you! 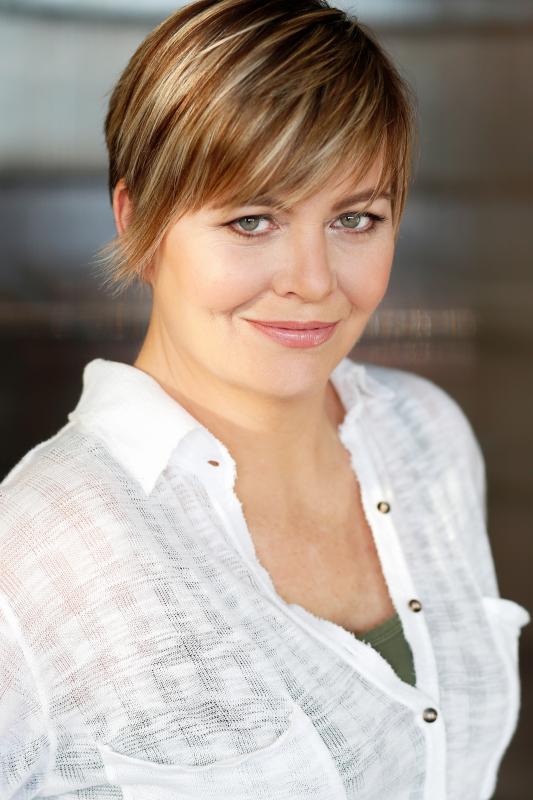 In Conversation with
Lisa McMann

SHADOWGHAST
In the third mysterious tale of Eerie-on-Sea, shipwrecked orphan Herbert Lemon, Lost-and-Founder at the Grand Nautilus Hotel, must square off with a creature of town lore as he confronts a shadow from his past. While other towns celebrate Halloween, in Eerie-on-Sea it's Ghastly Night, and a grim spirit in a lantern awaits its moment. Legend has it that if people fail to light manglewick candles on Ghastly Night, and if no showman conjures shadow puppets on the pier as an offering, the insulted Shadowghast will seize and devour the shadows of the living. This year, a professional theater troupe has been summoned, including a raven-haired magician named Caliastra with startling news of Herbie's origins. No sooner have the players checked into the hotel than townspeople start vanishing into thin air, including the guardian of Herbie's best friend, Violet Parma. It's up to Herbie and Violet to separate truth from sleight of hand and solve the mystery of the Shadowghast lantern before darkness swallows them all.

WILLODEEN
Eleven-year-old Willodeen adores creatures of all kinds, but her favorites are the most unlovable beasts in the land: strange beasts known as "screechers." The villagers of Perchance call them pests, even monsters, but Willodeen believes the animals serve a vital role in the complicated web of nature.

Lately, though, nature has seemed angry indeed. Perchance has been cursed with fires and mudslides, droughts and fevers, and even the annual migration of hummingbears, a source of local pride and income, has dwindled and no one knows why.

When a handmade birthday gift brings unexpected magic to Willodeen and her new friend, Connor, she's determined to speak up for the animals she loves, and perhaps even uncover the answer to the mystery of the missing hummingbears.

PAHUA AND THE SOUL STEALER
A lonely eleven-year-old Hmong girl, with the unique ability to see spirits, Pahua Moua spends her summer days babysitting her little brother and playing with her best friend, a cat spirit no one else can see.

One day, when her brother suddenly falls sick and can't be awoken, Pahua fears that an angry spirit from the haunted bridge has stolen his soul. She returns to the scene of the crime with her aunt's old shaman tools, hoping to confront the spirit and demand her brother's return. Instead, she summons a demon.

With the help of a surly warrior shaman, Pahua will have to find her way through the spirit worlds and rescue her brother's soul before it's too late. Little does she know she'll have her own discoveries to make along the way. . . .

*Our Zoom events are password-protected with wait rooms enabled. The password is entered automatically by clicking the event link when logged in to a Zoom account. We'll admit guests shortly before 1PM and throughout the event. If you join late, please be patient—we'll admit you when we see you.

ABOUT THE AUTHORS
THOMAS TAYLOR has illustrated many books for young readers, including the graphic novel Scarlett Hart: Monster Hunter by Marcus Sedgwick. He marked his debut as a middle-grade author with Malamander, the first book in the Legends of Eerie-on-Sea series, as well as Gargantis, its sequel. Thomas Taylor lives on the south coast of England.

KATHERINE APPLEGATE is the New York Times bestselling author of Wishtree, Crenshaw, and Home of the Brave, all from Feiwel & Friends, as well The One and Only Ivan, winner of the Newbery Medal, and its sequel The One and Only Bob. She lives in Southern California with her family.

LORI M. LEE has been writing stories since the third grade and earned a bachelor's degree in creative writing. She specializes in science fiction and fantasy and has two YA series to her name: Gates of Thread and Stone and Shamanborn. She's also a contributor to several anthologies, including A Thousand Beginnings and Endings, and Color Outside the Lines. Lori was born in a village in the mountains of Laos, which her family was forced to escape when she was just an infant. They relocated to a refugee camp in Thailand refugee for a few years and moved permanently to the United States when she was three. Now she lives in Wisconsin with her husband, kids, and excitable shih-tzu. Her Twitter handle is @LoriMLee.

ABOUT THE MODERATOR
LISA MCMANN is a New York Times and USA Today bestselling author of dozens of books like The Unwanteds series and the Wake trilogy. She is married to fellow writer and musician, Matt McMann, and they have two adult children--her son is artist Kilian McMann and her daughter is actor Kennedy McMann. Lisa spends most of her time in Arizona, California, and Vancouver BC, and loves to cook, read, and watch reality TV.