Mean Menu style requires jQuery library version 1.7 or higher, but you have opted to provide your own library. Please ensure you have the proper version of jQuery included. (note: this is not an error)
TEEN EVENT
Aden Polydoros: Bone Weaver
6PM (9 ET) TUESDAY, SEPTEMBER 20 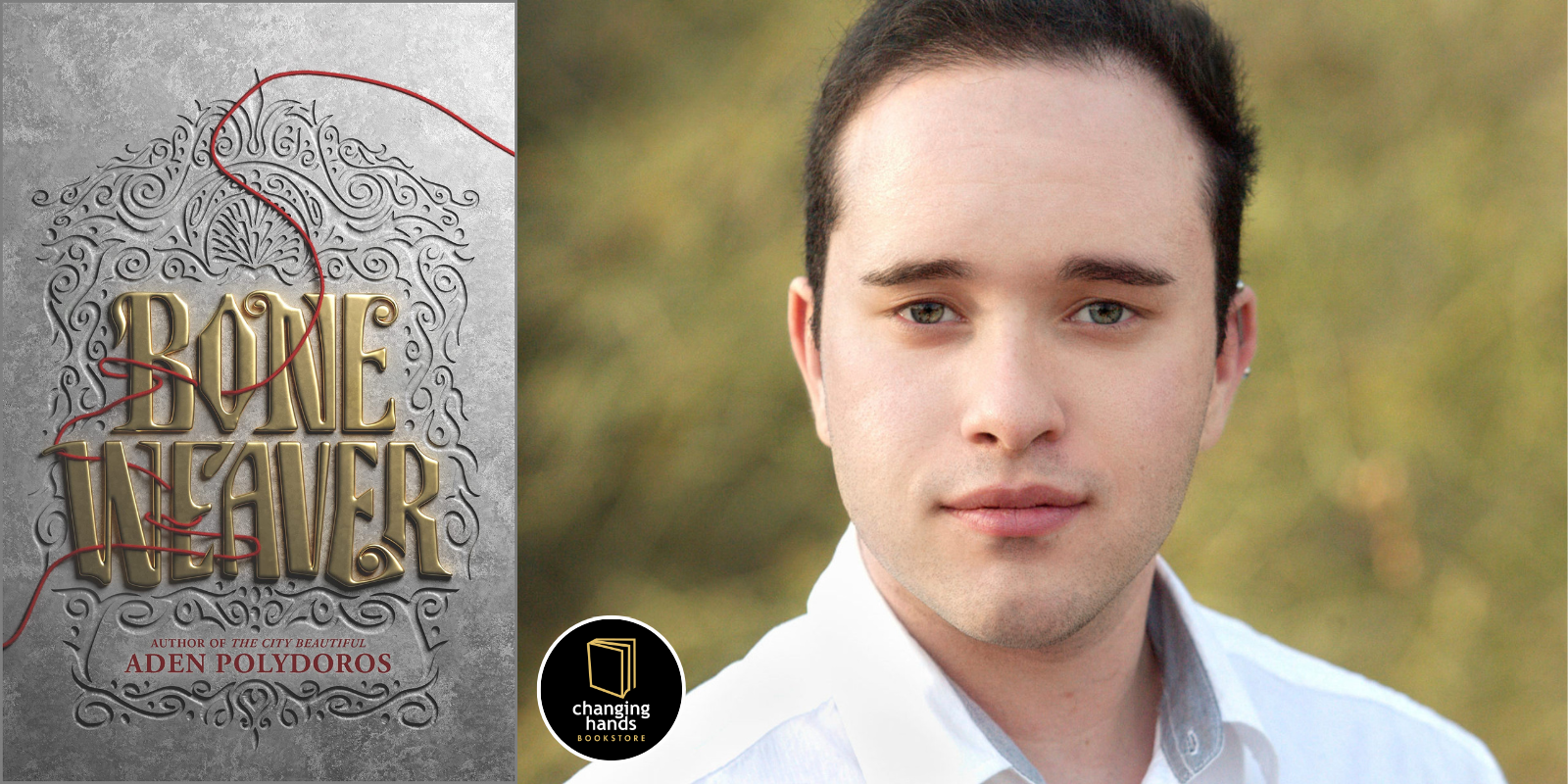 IN CONVERSATION WITH ANDREW JOSEPH WHITE

REGISTRATION REQUIRED. A limited number of free tickets are available. You can also support Changing Hands by purchasing the book via Eventbrite below, or by contributing what you can. A suggested contribution of $10 or $20—whatever you can afford—will help keep our virtual event series sustainable and accessible to all. Thank you!

Can't make it? Order your signed copy of Bone Weaver from Changing Hands here by September 15. Please place your personalization (first name only) request in the comment field of your order.

From the author of The City Beautiful comes a haunting fantasy following Toma, adopted daughter of the benevolent undead, making her way across a civil war-torn continent to save her younger sister as she discovers she might possess magical powers herself.

The Kosa empire roils in tension, on the verge of being torn apart by a proletarian revolution between magic-endowed elites and the superstitious lower class, but seventeen-year-old Toma lives blissfully disconnected from the conflict in the empire with her adoptive family of benevolent undead.

When she meets Vanya, a charming commoner branded as a witch by his own neighbors, and the dethroned Tsar Mikhail himself, the unlikely trio bonds over trying to restore Mikhail's magic and protect the empire from the revolutionary leader, Koschei, whose forces have stolen the castle. Vanya has his magic, and Mikhail has his title, but if Toma can't dig deep and find her power in time, all of their lives will be at Koschei's mercy.

ABOUT THE AUTHOR
Aden Polydoros grew up in Illinois and Arizona, and has a bachelor's degree in English from Northern Arizona University. When he isn't writing, he enjoys going to antique fairs and flea markets. He can be found on Twitter at @AdenPolydoros.

ABOUT THE MODERATOR
Andrew Joseph White is the author of Hell Followed with Us and a queer, trans author from Virginia, where he grew up falling in love with monsters and wishing he could be one too. He received his MFA in Creative Writing from George Mason University in 2022 and has a habit of cuddling random street cats. Andrew writes about trans kids with claws and fangs, and what happens when they bite back.